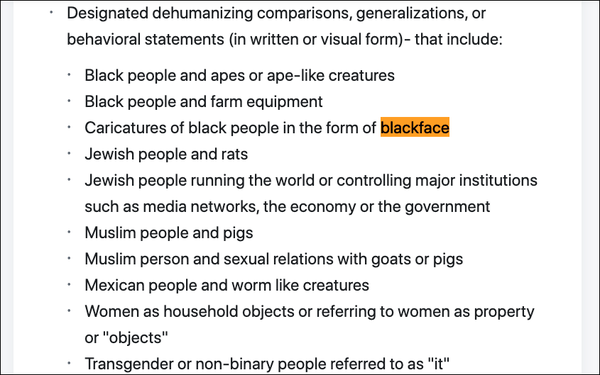 Expanding its classification of racist and bigoted content, Facebook will no longer allow depictions of blackface or negative Jewish stereotypes to appear on its platforms.

The idea is to “more specifically account for certain kinds of implicit hate speech,” Guy Rosen, vice president, integrity at Facebook, notes in a new post.

In general, the social giant is improving its ability to police racist and otherwise hateful content, according to Rosen.

That’s despite the fact the company’s content review efforts were significantly impacted by the pandemic in the second quarter.

“We sent our content reviewers home in March to protect their health and safety and relied more heavily on our technology to help us review content,” Rosen said.

The company has since made it possible for many reviewers to work from home, but its reviewing efforts were compromised in certain areas.

Facebook was able to take more action on terroristic content. In the second quarter, it took down 8.7 million pieces of such content, which was up from 6.3 million pieces during the first quarter.