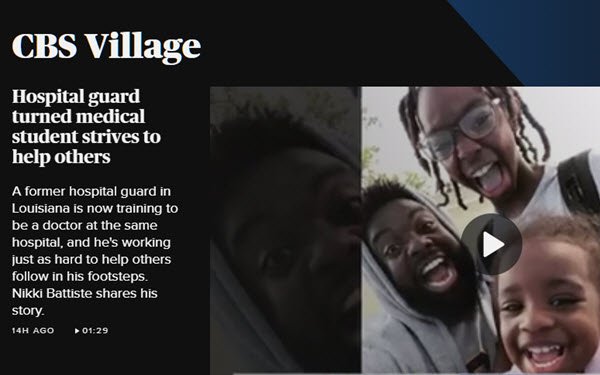 The franchise, led by CBS News’ newly created race and culture unit, will feature content about women and millennials, as well as the Black, Asian, LGBQT and LatinX communities.

It will be distributed across CBS News broadcasts, the CBSN 24/7 streaming news service, and the brand’s other digital platforms.

“CBS Village stories and reports will help people to be informed about diverse communities around the country and across the world,” notes Alvin Patrick, executive producer of the CBS News race and culture unit, in a statement. “This franchise will now be a vehicle to deliver more of the incredible storytelling and journalism that takes place on a daily basis across all CBS News shows and platforms.”

On Friday, Aug. 28 — the day set for the Virtual March on Washington — the CBS Village franchise will debut “The Power of August,” a documentary exploring transformational moments in American civil rights history that happened in the month of August.

Aug. 28 was the date that Emmett Till was murdered in 1955, and the date of the civil rights movement’s historic 1963 March on Washington.