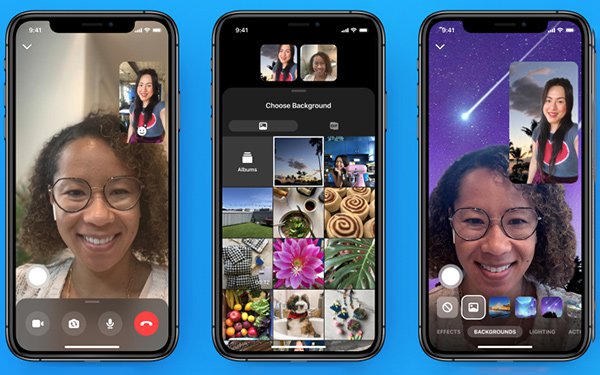 Continuing to put pressure on Zoom and other video-conferencing platforms, Facebook is rolling out additional features for Messenger Rooms.

For starters, the social giant is offering new ways for users to personalize their “rooms” and video chats, including the ability to customize their background with their photos.

Facebook is also launching new ways to create and discover Rooms within Messenger on mobile. For example, rooms that users have been invited to will now show up at the top of their Chats tabs. Per the new changes, users can also create a room with a default, suggested or custom activity, set a future start date, and customize their audience selection.

Users will be able to invite more people to a scheduled room and delete a room they no longer want active, and send notifications to ensure friends know they have received invitations.

In response to a spike in video conferencing after the pandemic broke out earlier this year, Facebook debuted Messenger Rooms in April.

Like Zoom, Houseparty and other popular platforms, Rooms is designed to serve as a virtual space for people to connect and hang out. But unlike other services, Rooms is free. Also, it can accommodate groups of up to 50 people at a time.

Rooms was designed to “help bring people closer together and help us all feel more present with the people we care about during this [coronavirus pandemic] period,” Facebook’s cofounder-CEO Mark Zuckerberg said in April.

Facebook was already well equipped to support video calling among its vast user base. Between WhatsApp and Messenger, the social giant was helping more than 700 million users make video calls daily, Facebook said earlier this year.