Networks Devote Half Again More Coverage To RNC Vs. DNC 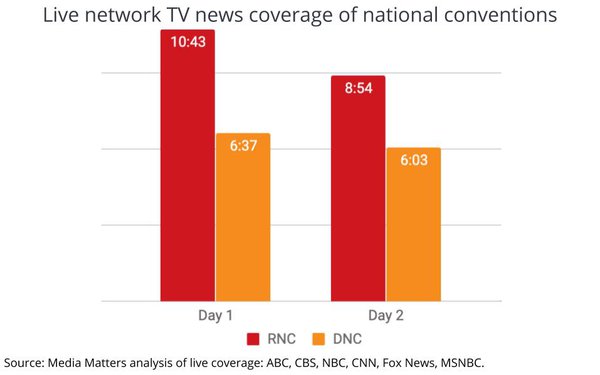 The analysis shows that after two days, the networks have devoted half again as much coverage to the RNC (19 hours and 37 minutes) as the DNC (12 hours and 39 minutes).