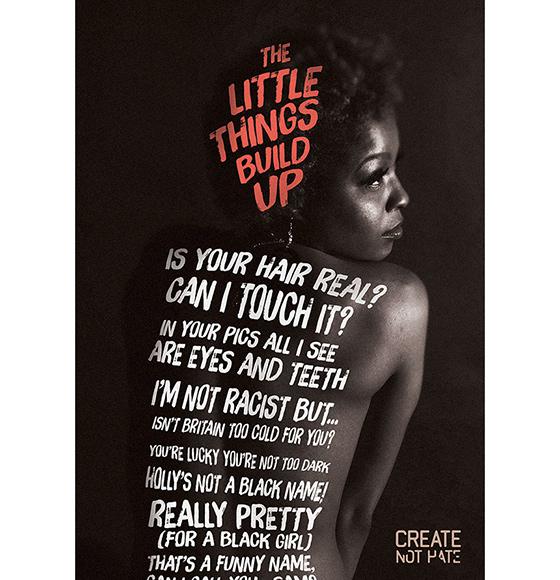 One month after ad agency Quiet Storm founder Trevor Robinson OBE relaunched his “Create Not Hate” call-to-action to drive diversity in advertising in the U.K., the group is releasing its first initiative coinciding with UK’s Notting Hill Carnival weekend.

Robinson says he specifically decided to launch around this famous festival as a way to build on the momentum around #BlackLivesMatter that came out of the tragic death of George Floyd in the US, and to draw attention to current headlines about police racially profiling black people in the UK.

Two films will premiere in a cinema located at the heart of the Carnival route on Aug. 28 as part of a multimedia campaign that also includes digital display, press, posters, t-shirts and face masks. All materials were created in collaboration with inner-city youth from underserved backgrounds working with advertising mentors.

The films focus on the “That’s not me” theme originally suggested by a participating teen with guidance from Quiet Storm team members to change people’s perceptions of race by countering negative assumptions. They will also be live streamed by Lively agency.

Create Not Hate T-shirts were designed by a group of teens with help from London creative agency Exposure, while the “The Little Things Build Up” series of posters were developed by a team that also included a group of teens. Although the iconic parade is cancelled this year, the posters are still displayed along the route.

Another talented teen worked with agency Havas to create a series of “We are all human” face masks, illustrated by Chris Medford from the School of Communications Arts, to send the message that “we are all the same under the skin.”

Media partners are lending their resources to elevate the visibility of this work, including Metro, Time Out, The Daily Mail, and Spotify. OOH partners include Jack Arts, Clear Channel and Posterscope and Total Media.

Further work, to be debuted during Black History Month in October, will include projects developed in partnership with agencies Ridley Scott Creative Group, Red Brick Road and The Mill.