When The Tail Starts Wagging The Dog 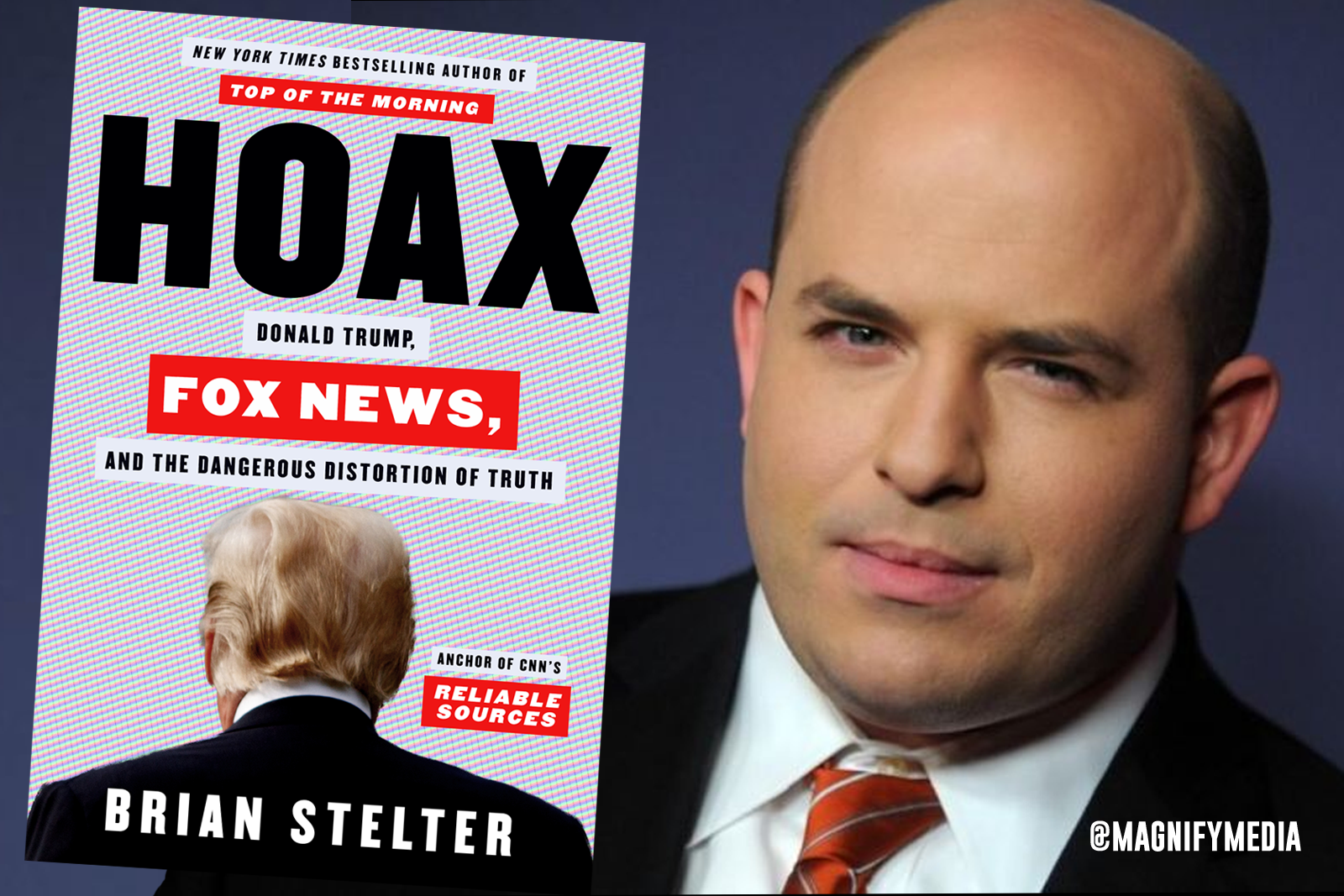 Media companies tell stories. They deliver entertainment. They create TV shows and movies. They publish books. But the line between reporting and instigating is tricky, and often only seen in retrospect.

Back when Fox News launched, there was a minor uproar at the phrase "Fair and Balanced." While Roger Ailes knew it was an ideological dog whistle, there wasn't much to do about it. So people just rolled their eyes and went about their business.

Now, with the benefit of hindsight and solid reporting, we know what really powers Fox News -- it's all about power.

The book is titled Hoax -- and it's a gripping ride through 25 years of Fox News history. The author is Brian Stelter.

I've been a fan of Brian's for a long time. I remember his newsletter CableNewser -- later rebranded to TVNewser -- which he began writing while he was still in college.

When he arrived at The New York Times, his relationship with the extraordinary David Carr was pivotal both for him and for the Times as digital emerged. And the insightful documentary Page One, which portrays Stelter's relationship with Carr, was a remarkable piece of filmmaking.

When he shifted from the Times to CNN, from the heights of journalism to the more populous world of television, people wondered why he was going “down market." Of course, that wasn't true, and talk show "Reliable Sources" has grown in complexity and journalistic quality over these many years.

Two years ago, I invited Brian to be part of a panel on the relationship between Facebook and Publishers at SXSW. It was a frothy topic -- one that he was uniquely qualified to participate in.

The panel was oversold, and there was a line out the door and down the hall. Afterward, all the panelists deployed to an SXSW party. Stelter was there, but seemed distracted. I wonder whether he was unhappy with the panel but he said no, it went fine, and moments later I found him off in a corner in the bar his laptop open, fiercely typing away. I asked a mutual friend whether everything was OK, and they explained it is typical.

Brian was on deadline, his newsletter was due. Of course, it was. If you're a subscriber to his nightly newsletter, you know the seriousness and consistency that he delivers.

So Stelter's book Hoax: Donald Trump, Fox News, and the Dangerous Distortion of Truth shouldn't come as a surprise. It could have been a frothy quickly written anti-Fox book.

There is plenty of information already out there. But Stelter, in his DNA, is a reporter, and so the book is deeply reported. Despite the fact I thought I knew all these stories, extraordinarily disturbing. Fox isn't simply profiteering on a moment in history that makes good revenue -- it is facilitating and driving Trump into darker and darker places.

There are plenty of revelations in the book, but perhaps the most egregious is about Sean Hannity. Hannity's history, his relentless drive for power, and his willingness to do almost anything to attain it have never been documented or clearly seen before Stelter's new book.

Years ago, when I was finishing my last political film, "Inside the Bubble," I made the political show circuit. I was on C-SPAN for an hour and I was a guest on Tucker Carlson. And I was booked on the show that was then known as "Hannity & Colmes."

I remember it vividly. The Fox News Studio at 1211 Sixth Avenue, the basement studio, a shockingly threadbare green room, the barely attentive producer, and then being shuttled out onto the site to be grilled by Sean Hannity and his mostly silent sidekick Alan Colmes.

"So the Democrats must hate your film," Hannity said, trying to bait me. The film had spent a year inside the Kerry campaign, and documented with extraordinary access the campaign camaraderie, and as it turned out, terrible loss.

Some of the goofing around backstage looked embarrassing, in light of the loss. But I wasn't taking the bait.

"I don't think so -- I don't think elections are hard won or lost on any individual balloon drop or scheduling snafu." But Hannity wasn't having it. "Come on, are you a closet Republican?" he taunted, grinning.

Days earlier, unsolicited, I had been mailed a DNC membership card. I hadn't sent any money, but for reasons that remain a mystery, I stuck it in my wallet. I reached in my back pocket, opened my wallet, took out the card and displayed it to Hannity.

Of course, I wasn't really a "card-carrying member," but I guess I was. Hannity wasn't amused. I was ushered off the set.

Later, a producer told me that guests weren't supposed to use props. I wasn't invited back.

So, having a little bit of experience with both of the two characters in "Hoax," I couldn't help but feel like the book got it exactly right.

Hannity is about power and control, while Stelter is about journalism and trying to balance objectivity with the urgency of exposing the underlying power dynamics of Fox News.

Here's one example that I should have known.

While everybody talks about Tucker Carlson and his advertisers dropping off and how his show is in danger, people forget that 50% of all the revenue for Fox News comes from cable subscription fees.

Even if you never watch Fox News, two dollars of your cable bill every month goes directly to Rupert Murdoch and his family. That's $24 a month times a gazillion cable subscribers.

While Tucker pissing off advertisers is bad, Tucker along with Hannity keeping Fox News as the No. 1 most-viewed cable network guarantees that no cable operator would risk canceling Fox News.

So even if Tucker had no advertisers, he's still generating an enormous value for the Murdoch family.

It comes down to money and power. Stelter writes “the network is on a path to $2 billion in profits,” and that Hannity "cleared $30 million a year from Fox," while "Bret Baier made $12 million a year" and Laura Ingraham "netted closer to $10 million." Even lowly contributors can make "more than half a million each." Wow.

Hannity has been working from home for years. "Fox installed a state-of-the-art studio so he could helm his nightly TV show from his mansion [on Long Island], the same way he already did his afternoon radio show," Stelter writes. This was long before COVID-19 moved the network to remote home studios.