Trump-Biden Debates Will Be Four Weeks Of Uncivil War 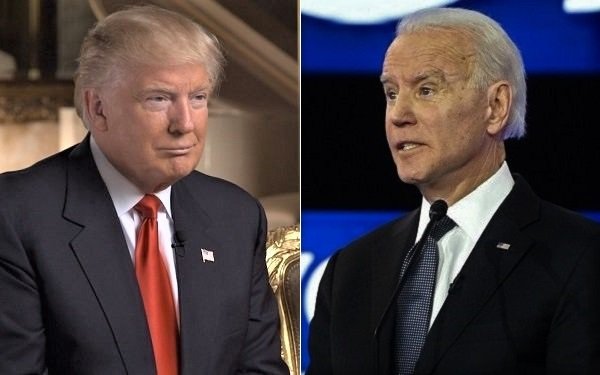 As if the recent televised four-day, pseudo-conventions were not alluring enough as back-to-back TV spectacles, we now have a schedule of four more political blockbusters to entertain and sustain us well into the fall campaign season.

These are the four prime-time debates that will pit the newly anointed Republican and Democratic tickets against each other.

In these televised quadrennial contests, we get to judge for ourselves which of these candidates can take the heat, and who cannot.

As has become customary, the two presidential candidates will face off in three debates, while their vice-presidential running mates will grapple verbally in one debate.

The schedule announced earlier this week starts with the first Donald Trump-Joe Biden debate on Tuesday, September 29, in Cleveland, moderated by Chris Wallace of Fox News.

Next up will be the vice-presidential face-off between Mike Pence and Kamala Harris on Wednesday, October 7, in Salt Lake City, moderated by Susan Page, the Washington bureau chief of USA Today.

The second presidential-candidates' debate is scheduled for Thursday, October 15, in Miami. Moderated by C-Span political editor Steve Scully, this one is styled as a “Town Hall” debate in which ordinary people will get to ask questions directly to the candidates.

The third and last Biden-Trump debate will be a week later -- on Thursday, October 22 -- in Nashville, moderated by Kristen Welker of NBC News.

When the schedule was unveiled this past Wednesday by the Commission on Presidential Debates, many stories were posted online about the schedule.

But no details about how these events will be staged in the era of COVID-19 were included in the stories.

By all appearances, it seems as if the candidates will come together on the same stage, while presumably keeping their distance from each other.

The guess from here is that there will not be live audiences. And if there are any real-life spectators, they will be arranged with substantial distance between them.

This four-event schedule comes as welcome news, since all other aspects of a traditional fall TV season are uncertain at this time.

Most notably, few -- if any -- of the new network TV shows will be ready to premiere until at least November, according to reports published as recently as the last few days.

The debate schedule gives us one event per week to look forward to, for four consecutive weeks.

The outcome of the three presidential debates is far from certain. At his best, President Trump can be a very effective performer in the televised debate format.

In 2016, he proved especially skillful at drawing the spotlight away from the other Republican hopefuls in the series of debates that were held to whittle down the list of contenders. Back then, he knocked off his rivals one by one.

Later that year, after he became the Republican nominee and faced the Democrats' nominee, Hillary Clinton, in three debates (scheduled more or less like this year's), his performances were less successful.

The TV Blog's own coverage of the 2016 Trump-Clinton debates revives vivid memories of them, including Trump muttering under his breath -- but also audibly -- the words “Such a nasty woman!”

In another one of their debates, Clinton told Trump point-blank that he was unfit to hold the office of president. He countered by promising that if he becomes president, he would put her in jail.

Back then, the TV Blog complained throughout their three debates that any notions of civility had been tossed completely out the window.

At the same time, the TV Blog enjoyed watching these slugfests from an entertainment point of view, while also acknowledging that they are not supposed to be entertaining in this way.