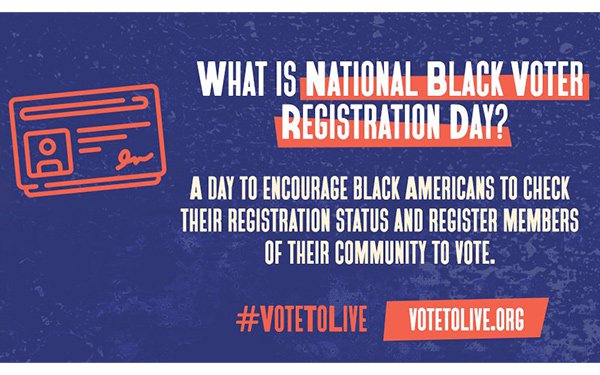 “The 2016 election was decided by razor thin margins per state while hundreds of thousands of people did not show up to the polls,” states Stefanie Brown Jones, Co-founder and Executive Director, The Collective. “That is why we are laser focused on registering and mobilizing as many Black voters as we can because Black voters will decide this election if we register and vote.”

The group selected Aug. 28 as the kick-off date for numerous reasons. In 1955, Emmett Till was murdered on that date. In 1961, “Please Mr. Postman” by The Marvelettes was first played on that date and eventually became the first Motown song to reach the top of the Billboard Hot 100 charts.

And in 1963, a quarter-million people participated in the historic March on Washington, and in 2008 Barack Obama accepted the Democratic presidential nomination, becoming the first Black presidential candidate in the U.S.

Collective PAC is also registering voters through outreach efforts such as celebrity spokespeople and partnering with historically Black colleges.