Just Like The Bigger Guys, Cricket Now Offers 5G, Too 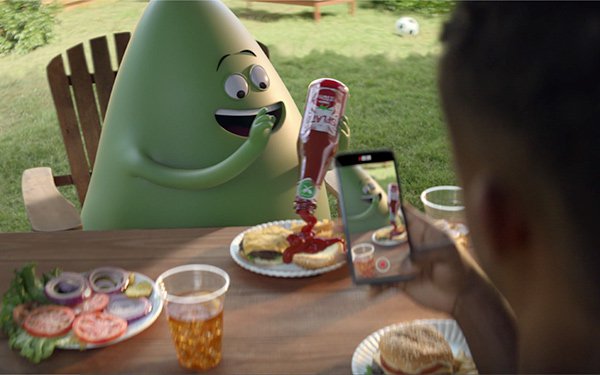 Cricket wireless is telling consumers it now has 5G service, announcing it with two spots that subtly concede that being cutting-edge is not really their smartphone neighborhood.

In one of the 15-second commercials, two lovers in a car are gazing at the stars. The guy asks his date, "did you know that every second, the universe expands by millions of miles in every direction?"

Before she can answer, the green, animated mascot-thing snuggled between them answers: "Did you know Cricket has 5G?"

Hearing that the date responds, in awe: “Whooooa!”

The tagline for the entire campaign is "Surprising, but true."

Cricket is one of a handful of mobile virtual network operators (or MVNOs) that get their coverage through one of the big wireless providers.

Cricket's 5G (or 4G) service comes via AT&T, which owns them. The wireless giant's portfolio of pre-paid services -- which includes Cricket and other business units -- has around 18 million customers.

Cricket and other MVNOs offer pre-paid plans that appeal to people on a budget or people who are less technologically enthralled or capable. So the new 5G offering is saying to their customers -- and to the wider world -- that it's not a step behind the bigger competitors.

And that is, as the slogan goes, surprising but true.

Cricket's ads use esoteric bits of information, like the expansion of the universe, or the history of ketchup -- the topic in the other ad -- to give shape to the idea.

The ads were done during these social distancing times. The couple in the car were separated by a plastic barrier between them.

“The lighthearted ads and characters bring the brand to life,” said Cindy Rozier, the assistant vice president of marketing and advertising at Cricket, in a phone conversation.

Years of commercials from cell phone manufacturers to the bigger wireless players like Verizon, AT&T and Mobile One have made it clear that 5G is the next big thing.

And just to be able to connect consumers with the idea that Cricket has it -- 5G! -- updates the image.

But Cricket won’t be moving many 5G phones. For now at least, it offers only one 5G phone to customers who don't buy their own, and that's the new Samsung Galaxy S20 that Cricket is selling for $1,199 -- just like everybody else.

In fact, 5G phones are not selling all that well anywhere, because of price and the COVID-19 pandemic. Consumers have not seen the urgency of getting a new $1,000 phone while they spend most of the time at home.

While the number of phones offered is likely to expand in the future, right now that price is a big leap for Cricket customers who, Rozier says with a degree of admiration, spend carefully.

“They are very aspirational and they can afford to buy whatever they want but they're super-value oriented," she said.

They want the latest and the greatest, but they'e not going to be first in line. They are trying to establish themselves in life. So value matters.”

That doesn't mean that they want to be wearing technological hand-me-downs, however -- and the ads seem to be aimed to place Cricket customers into the same conversations as the more with-it AT&T or Verizon subscriber.