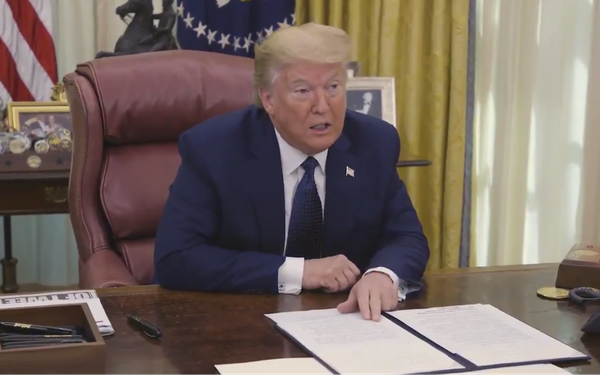 Digital rights group Center for Democracy & Technology and influential think tank Information Technology and Innovation Foundation are among the groups urging the Federal Communications Commission to reject the Commerce Department's petition for regulations that could affect how social media companies treat users' speech.

“This petition is the product of an unconstitutional Executive Order that seeks to use the FCC as a partisan weapon,” the Center for Democracy & Technology writes in comments filed with the agency this week.

“The President seeks to embroil the FCC in a political effort to coerce social media companies into moderating user-generated content only as the President sees fit,” the organization adds. “The FCC should reject this unconstitutional and partisan effort in its entirety.”

The comments come in response to a petition for regulations filed by the National Telecommunications and Information Administration. Earlier this year that agency -- following a directive from President Trump -- asked the FCC for rules that would tie web companies' legal protections for users' speech to the companies' content moderation policies.

The NTIA's 57-page petition specifically sought new rules “guiding the interpretation of section 230” of the Communications Decency Act. Section 230 protects companies like Twitter, YouTube and Facebook from lawsuits based on material posted by users.

The NTIA filed its petition two months after Trump accused social media companies of engaging in “selective censorship” based on political viewpoint.

He made the claim after Twitter alerted users to dubious statements in two of his tweets.

The Center for Democracy & Technology -- which is separately challenging the executive order in court -- argues that the executive order violates the First Amendment by aiming to “coerce intermediaries into editorial practices favorable to the President.”

The group writes that the order “seeks to retaliate directly against social media companies that have moderated and commented upon President Trump’s own speech.”

The Center for Democracy & Technology adds that the threat of losing Section 230 protection will “chill online intermediaries’ willingness to engage in fact-checking and other efforts to combat misinformation -- and indeed, to host controversial user speech at all.”

The Information Technology and Innovation Foundation, which also opposes the order, says the FCC shouldn't be making decisions about Section 230.

“The specific clarifications the NTIA has petitioned the FCC to make are best left either up to the interpretation of the courts, as they have been since the law’s passage, or for Congress to clarify in an amendment to Section 230,” the think tank writes.

The organization adds that the FCC “does not have the statutory authority” to issue the regulations sought by the White House.

Others, including telecom giant AT&T, are supporting the White House's effort to clamp down on social media.

Three of the five current FCC members -- Jessica Rosenworcel, Geoffrey Starks and Michael O'Rielly -- have either said or strongly hinted they don't believe the agency can craft regulations regarding content moderation policies.

The first round of comments to the FCC are due September 2.