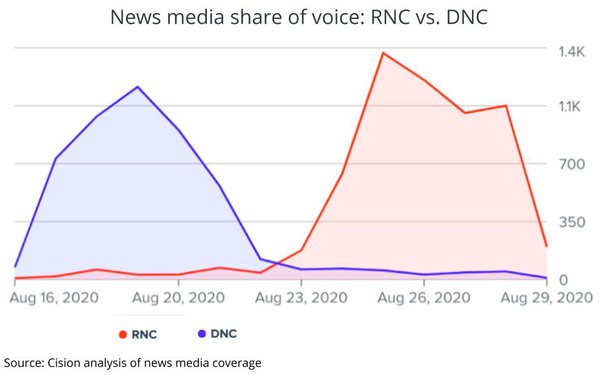 News media devoted 20% more coverage of the Republican National Convention than the Democratic National convention, according to an analysis of the two conventions’ “earned media” by public relations and editorial content research firm Cision.

The analysis shows the four-days of the DNC generated 4,900 articles vs. the RNC’s 5,900 articles.

The study also found that Democratic challenger Joe Biden “did a better job focusing on the top issues most important to voters vas identified by Pew Research.

“Biden hit on three of the five, while providing nearly equal attention to 50% of all issues. Trump only emphasized one of the five– violent crime.”