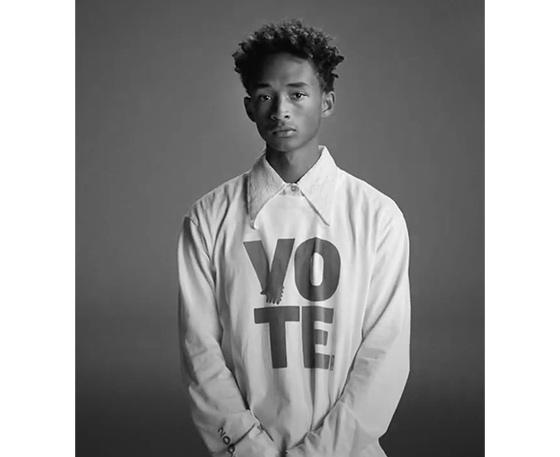 Americans may be among the world’s laziest voters, but new efforts from Old Navy, Reddit, OkCupid and Levi’s are hoping to change that. Early signs suggest  these campaigns might help: Encouraging new data from Tufts University indicates there are already more young registered voters than at this point in 2016.

OkCupid, the online dating site, wants the world to know: “Voters make better lovers.” It’s just released its first-ever Voter 2020 profile badge, along with plenty of state-level data about how members feel about key issues in the upcoming election.

The most significant finding is that people like voters better. They are 85% more likely to get a message from other date-seekers and 63% more likely to get a match. And while only 50% say "Are you registered to vote?" is an important question to them when finding a match, 76% of respondents say how their date leans politically is very important.

OkCupid’s campaign is linked to the nonprofit When We All Vote effort, aimed at increasing voter registration and education efforts.

Old Navy, too, is partnering with voter organizations, including Power the Polls and the Civic Alliance. Its push is toward its 50,000 store employees, offering to pay them if they volunteer to work at polls on Election Day.

With 64% of the Old Navy workforce between the ages of 19 and 29, the age group that typically has the worst voter turnout, it says it hopes the move will allow “for this demographic to become more involved in the election process than in years past.” The San Francisco-based retailer, owned by the Gap, will offer eight hours of pay. And it’s expanding the initiative to invite eligible consumers to participate, too, providing a link that takes it to the Old Navy page at Power The Polls.

Reddit is also linking a campaign to Power The Polls. Playing off the way users routinely up-vote and down-vote content, it spoofs the unsettling reality that while Reddit users cast 165 million votes per day on dancing cockatiels and pointed political memes, only 140.1 million people voted in 2016.

Its campaign also includes “Ask Me Anything” sessions on voting laws, rights and processes. It is gearing up for National Voter Registration Day on September 22, and Vote Early Day on October 24. And on November 3, it is promising to remind its users–to the point of annoyance–to get out and vote.

Plus, it is promising to devote plenty of content to discuss the results, starting on November 4.

Levi’s effort to reach Gen Z includes a new PSA and its ongoing partnership with Rock the Vote. The latest iteration of #UseYourVoice LIVE is focused on get-out-the-vote efforts, with Instagram influencers tackling issues such as voting during a pandemic and racial disparities.

And so far, it looks like more young people are planning to vote in November. The latest research from Tufts University’s Center for Information & Research on Civic Learning and Engagement finds that youth voter registration levels are already higher than in 2016. The data, aggregated by Catalist and Census population data, shows the number of young people currently registered to vote in 2020 is already higher in half of the 39 states for which it believes it has reliable data.

However, variation is still considerable. For example, in Arkansas, it’s 20% below 2016 levels, while in Vermont, it’s 30% higher.

But the organization isn’t quite ready to pronounce Gen Z a voting force yet, pointing out that 2016 may be a particularly low bar for comparison, and that youth voter registration gained considerable for the 2018 midterms–a record high for the youth vote.

Some states have already topped both the 2016 and 2018 levels, including Arizona, Georgia, Kansas, Michigan, Minnesota, North Carolina, Tennessee and Texas.

Registration rates are weakest among 18- and 19-year-olds.