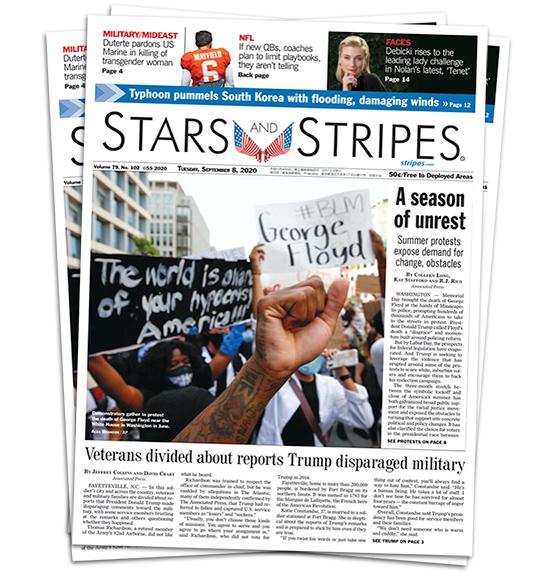 Stars and Stripes has been under threat since February, when the Pentagon announced it would shut down the military newspaper by the end of this month.

But on Friday, President Donald Trump tweeted that his administration reversed course and would not cut funding for the publication.

“It will continue to be a wonderful source of information to our Great Military!” he added.

Stars and Stripes provides print and online news to U.S. troops around the world. First published during the Civil War, it has been continuously published since World War II.

The newspaper receives funding from the Department of Defense, but is editorially independent.

Funding for the paper was not included in the president’s budget request for 2021.

Trump’s tweet promising to save Stars and Stripes came a day after a bombshell story from The Atlantic reported the president had called Marines who were buried in an American cemetery near Paris “losers."

The president denies the report.