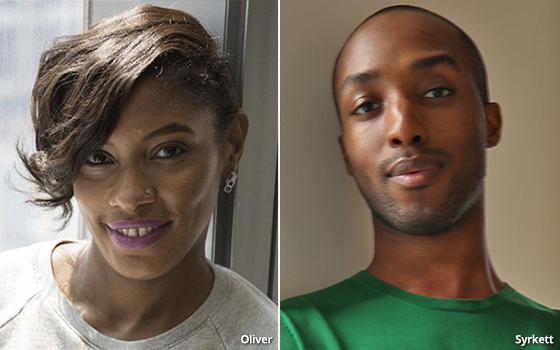 Refinery29 and Elle Decor have named new editor in chiefs this week.

Hearst also announced that Asad Syrkett will be the next editor in chief of the U.S. edition of Elle Decor.

At Refinery29, Oliver will oversee content and editorial teams across the brand’s offices in the U.S., London and Berlin.

Oliver takes on the role Sept. 30. She will succeed Christene Barberich, a Refinery29 cofounder, who steppe d down in June after employees of color claimed they faced discrimination at the company.

Oliver spent 13 years in editorial and strategy posts at The New York Times and served as digital director at Allure.

She was most recently on Facebook and Instagram Global Media Partnerships teams, where she led work with lifestyle publishers and magazines.

“Focused on global audience growth and developing a distinct content strategy across channels and regions, Oliver will work to refocus and expand this direct relationship, pushing Refinery29’s IP and platform development across categories to reach audiences where they are,” according to a company statement.

Refinery29 says its video and social audience has grown by 18% and 22%, year-over-year, on Instagram and YouTube, respectively.

"I’m so excited to join a brand that is dedicated to providing women a platform for their stories and knows their audience, because they truly show up for them,” stated Oliver. “I’ve been a loyal reader of Refinery29 content since its early days, and at a pivotal time when strong voices are necessary and the values they reflect are crucial, I’m thrilled to lead this next phase of its evolution.”

Separately, Syrkett will oversee content strategy across Elle Decor’s print and digital platforms, starting Sept. 14. He reports to Stellene Volandes, who was named editorial director of Elle Decor in April.

Syrkett most recently ran New York operations for Hem, an international furniture brand and design studio based in Sweden.

Previously, he was deputy editor at the design and cities website Curbed and also held editorial positions at Architectural Digest and Architectural Record magazines.

“In any genre, the most impactful journalism offers context, challenges its audience and explores its subjects in nuanced ways that enrich the reader’s perspective,” Syrkett stated. “I’m excited to bring that to a best-in-class interiors magazine, on every platform.”

Syrkett succeeds Whitney Robinson, who stepped down in April to focus on both his design consulting business, DW NorthStar, and the launch of the Council of Interior Designers of America.