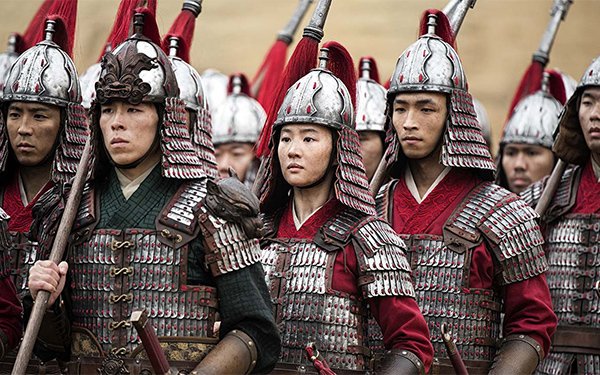 Chinese officials have instructed major media outlets not to cover Disney’s release of “Mulan,” according to Reuters sources.

The development comes amid growing controversy about the movie’s having filmed some scenes in the Xinjiang region, where Muslims are being interned.

The ending credits for the movie, set to be released in theaters in China today, include thanks to government entities in Xinjiang.

“Mulan" — based on a Chinese folk story and starring Chinese-born actors including Liu Yifei, Jet Li and Going Li — was “tailored to appeal to audiences in China, the world’s second-largest movie market,” noted Reuters.

But the film’s links to Xinjiang — combined with COVID concerns, mixed reviews in China and an existing controversy over Liu Yifei having expressed support for Hong Kong police during pro-democracy protests in the city last August — have reportedly limited advance ticket sales for the film.

Lack of media coverage won't help. Instructions not to cover the movie were issued in some cases by the Cyberspace Administration of China, according to the sources, who said that while no reason was given, they believe it was due to “overseas backlash” to the film’s Xinjiang links.

Disney and the Cyberspace Administration hadn’t responded to Reuters’ requests for comment as of early this morning.