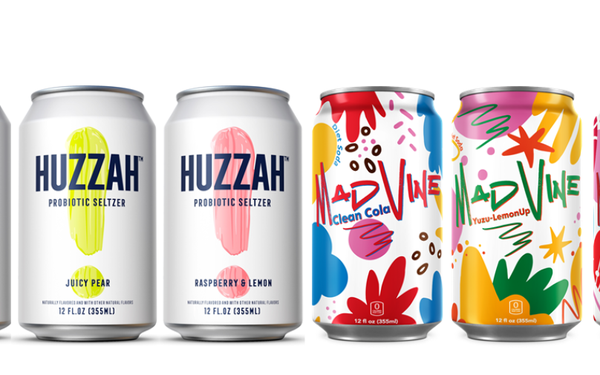 The announcement earlier this week that Molson Coors would be entering the non-alcoholic beverage business couldn’t have surprised anybody. It’s been heading that way for a few years, as has its chief competitor, Anheuser-Busch InBev.

The Chicago-based Molson Coors signaled its shift when it changed its name from “Brewing Company” to “Beverage Company” at the start of the year.

And industry statistics show that while it may seem there are more alcoholic choices than ever out there, alcohol consumption is actually falling.

“While beer always will be core to who we are as a company, building a strong portfolio of beverages outside the traditional beer category to meet evolving consumer preferences is a critical part of our long-term strategy,” said Pete Marino, president of emerging growth for Molson Coors, in a statement.

Similarly, Anheuser-Busch has talked about the prospects for growth in the low- and no-calorie segments of the market. it just introduced Budweiser Zero, a bluntly titled zero-calorie, zero-sugars beer.

Starting in Southern California this month, Molson Coors will be introducing Huzzah!, described as a  “seltzer that  contains added probiotics to support a healthy gut.” It has 3 grams or less of sugar per 12-ounce can and comes in three fruity flavors.

MadVine is described as a  “plant-based diet soda with zero calories, zero sugar and zero artificial ingredients.” It is “infused with monk fruit and a slate of recognizable ingredients like bourbon vanilla, yuzu lemon and black cherry.” One of its flavors is due to be called “Surgeon General,” according to a graphic on the can.

Another new offering is Golden Wing, “a grain-based milk alternative with protein and nutrients that’s made with top-quality barley and no additives, stabilizers or frothing agents.”

Also on the drawing table, or maybe kettle, is a  “a yet-to-be announced, nootropic performance beverage targeted at gamers and game developers.” It’s supposed to increase focus and decrease jitters.

These new concoctions will be part of a partnership growing  out of a minority investment Molson Coors made in a company called L.A. Libations last November.

At the very least, alcoholic seltzer drinkers are somewhat motivated by claims of lower carbs and calories per can. Seltzers sales have gone through the roof.

“In many ways, 2019 was perhaps the last ‘normal’ year for the drinks industry,” said Mark Meek, CEO of IWSR Drinks Market Analysis, in a report released last month.

IWSR said worldwide disruptions in the market because of the pandemic will have lowered alcohol consumption this year and it will take until 2024 to get back to 2019, pre-COVID volume. But in the U.S and the U.K., bounce-back-to-2019 levels will be achieved only after 2024.

The beer category, IWSR says, is better than some other parts of the alcoholic beverage business. Globally, beer grew 0.3% in volume in 2019, and 2.2% in volume. But a large reason for even that modest growth was the 15.2% increase in non-alcoholic beer by volume. Two years ago IWSR predicted that in the U.S., low- and no-alcohol products would grow 32% by 2022. It’s still a small market, but it’s getting big fast.