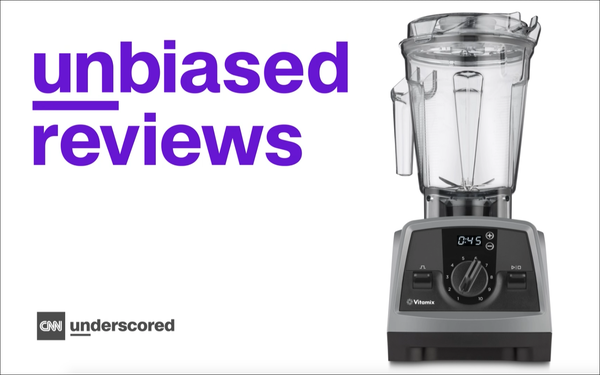 The campaign focuses on the research, reviews and curation behind the guides published on the CNN vertical.

Over the past two years, the team focused on experimenting, learning, growing, optimizing and refining content, Widelitz told Publishers Daily.

Mike Bruno, former senior vice president at The Points Guy, was hired to lead editorial. The team has since grown 8x, with a large network of freelancers. At first focused on aggregating reviews, Underscored now hand tests products and covers sales.

The campaign “reinforces the brand and the name, and sheds more light on what we do,” Widelitz said.

It "gets out the meaning of Underscored, how we do our research and our reviews, and how we uncover the best products,” he added.

It’s an opportune time to kick off such a campaign — with Black Friday, Cyber Monday and the delay of Amazon’s shopping event Prime Day likely pushed to October, Q4 is now chock full of opportunities for buyers.

Similar efforts have been made at BuzzFeed and The New York Times’ Wirecutter sites to publish product reviews, for example, beefing up affiliate revenue to diversify businesses.

“We have a robust methodology and approach, meeting CNN standards — but for product reviews,” Widelitz said.

In the past year, as Underscored has leaned into hand-testing and more in-depth reviews, the site has seen a 700% growth in search, with its guides often ranked at the top of Google search results, he noted.

A 15-second spot will air on CNN beginning tonight. A 30-second ad comparing blenders will air on the CNNgo channel. Display ads will also appear on CNN’s digital properties. The campaign will span social channels.

The ads are meant to target a “hybrid” of CNN’s audience — its larger audience base of 50- and 60-year-olds, and a younger, millennial audience on their mobile devices.