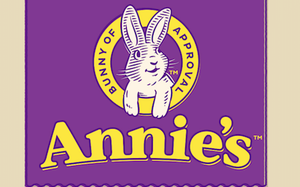 Fueled in part by increased at-home eating, General Mills has gained household penetration in nine CPG categories during the pandemic—particularly among younger consumers and Hispanics.

The biggest household penetration gain has come in desserts, with a 4.5% increase in the 52 weeks ended Aug. 8 compared to the same time span ended Feb. 22, the company said on Wednesday.

“When you look at our U.S. retail business, where we have the most robust data, not only are we attracting new consumers, early signs indicate they’ve been satisfied with what they have tried and we are retaining them,” chairman and CEO Jeff Harmening said on a conference call.

“Our repeat rates are higher than pre-pandemic levels in nine of our top 10 categories in the U.S.”

According to Harmening, ecommerce represents about 9% of global sales compared to about 5% a year ago, “and the simple math says we have almost doubled the ecommerce business due to a change in consumer behavior.”

“It’s also important to note that the economics for us for our business going through ecommerce channels versus just grocery stores is about the same predominantly, because most of our sales to ecommerce actually still go through grocery stores,” Harmening says.

Like other CPG companies, General Mills continues to invest in first-party data capabilities to better understand consumers. One example is the Box Tops For Education program, which began in 1996 as a way for people to support schools by clipping and mailing box tops to show proof of purchase.

Last July, the company switched to digital technology where consumers scan product receipts and transmit the information along with their choice of school beneficiaries. Since then, more than 25 million receipts have been scanned, according to Harmening.

“And the data that we are getting is absolutely incredible” in building personal relationships by “serving them up offers to keep them [buying] our products, at the same time understand[ing] how it might be able to move them from some competitive items over time as well.”

Other growing sources of first-party data are the company’s Bettycrocker.com and Pillsbury.com websites, which have seen a 91% increase in visits by 18-24-year-olds during the pandemic and whose combined monthly unique visits now exceed 7 million.

On the organic front, last week General Mills said it would begin to source wheat from South Dakota-based Gunsmoke Farms for its Annie’s macaroni and cheese pasta products. General Mills has worked with Gunsmoke since 2018 to transition the farmland from conventional to organic farming—with Gunsmoke recently gaining organic certification from the U.S. Department of Agriculture.

Annie’s products currently contain organic wheat from the Northern Plains and Canada, a rep tells Marketing Daily, noting that “the organic wheat that we are sourcing from Gunsmoke is above and beyond what we currently source.”