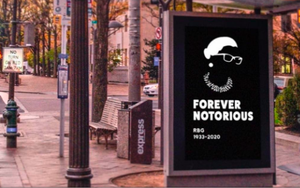 Yes, the passing of Justice Ruth Bader Ginsburg evoked an outpouring of articulate, superior word-smithing from lawyers, politicians, and others. Out-of-home media designers eulogized RBG... with barely any words.

Outront Media’s tribute to Ruth Bader Ginsburg ("You Can’t Spell Truth without Ruth," below), in a transit display and Clear Channel Outdoor's ("Forever Notorious," above). 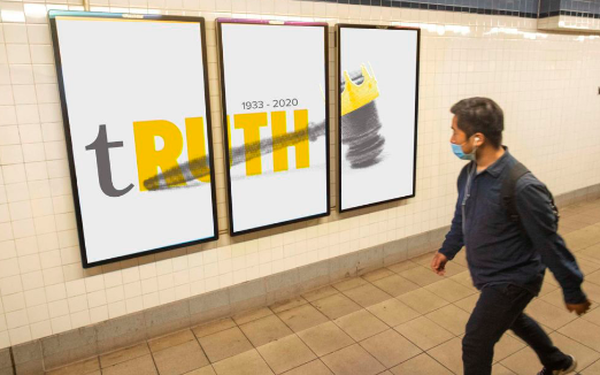 “It always fills the heart when I get the chance to create something so timely,” Meadow Outdoor's Fitchen says of thanking firefighters. “Having dealt directly with the smoke, and family members being evacuated -- this art hits close to home.” 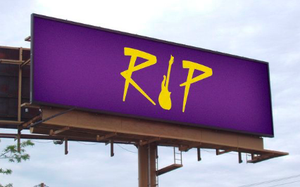 “From my early days, I felt that the medium could be used for something more than just advertising a product or a brand. And even something beyond public service. That little something extra that would connect with viewers when they need that connection the most,” said Jackson.

Memorial out of home media tributes rely on powerful symbols, with minimal use of words. 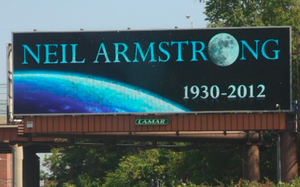 For two decades, the Denver-based Foundation for a Better Life has sponsored the “Pass It On” public service campaign to promote common values. Its first series of creative followed the 9/11/2001 attacks:  firefighters showing courage, determination.

And, a poignant photo of a child with an American flag at a post-9/11 rally in Las Vegas with a one-word tagline: Unity. 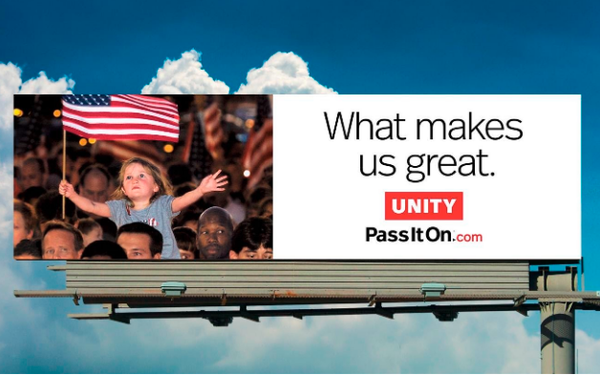