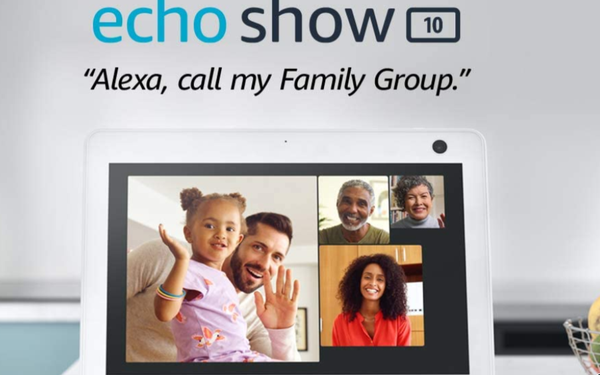 Amazon is introducing several new products for its Echo and Ring lines, including the Ring Car Cam, which automatically begins recording inside a car if a driver says, “Alexa, I’m being pulled over.” It sends the video directly to the cloud.

That’s fallout from “driving while Black” incident headlines, when Black and other minority drivers have claimed mistreatment when stopped by police, typically for alleged driving offenses.

Nathan Ackerman, Ring’s head of mobile products, told CNET’s website Roadshow, "Traffic stops can be a time when having video is important, so that everyone remains on their best behavior. So, we developed a feature to support that.”

The Car Cam, retailing for $199.99  when it hits the market in 2021,  goes both ways. The camera pointed outward could detect would-be thieves or give you a glimpse of the car that hit you while you were parked. It notifies your smartphone, allowing you to activate a camera to see what’s going on. With the home security brand branching out to autos, other new products include Ring Car Alarm and Ring Car Connect.

If any of that sounds revolutionary, consider what Ring’s doing back at your house.

Ring’s new Always Home Cam is an indoor drone that flies around your home on a predetermined path set by the user, for security purposes. Homeowners get the chance to check out the scene throughout the house without having to have a separate camera in each place.

That notion may sound bizarre, at least at first, and mighty intrusive if someone’s at home. Ring says it only records when it’s in flight. When in motion, it makes an audible sound, which Ring called “privacy you can hear.” It will be priced at $249.99 when it goes on the market, also next year.

All these items will need Federal Communications Commission  approval before they go on the market.

The Ring and Amazon product showcase was a reminder of the approaching holiday season, along with Amazon Prime Days, reportedly Oct. 13 and 14.

Amazon also featured a  boatload of new Echo devices and improvements, like a new model with a digital clock, and generally better-looking, better-sounding versions of those products where Alexa lives. Some are spherical. There’s also a new version of the Echo Dot Kids edition, which can read a story to your kids.

A new version of Echo Show, the visual counterpart to the audio version, now features a 10-inch HD video screen on a swivel that can now follow you around to let you keep watching what you want. It has Netflix built in, and Zoom and Skype capabilities, too.

A new version of the Fire stick used with Amazon Prime will soon allow you to use your big-screen TV for video calls..

Also among the new products is Luna, a cloud-based gaming service that runs on all kinds of devices and operating systems and is fortified by the Luna game channel. The new controller connects directly to the cloud and costs $49.  Given the economic wallop of game and gaming devices, it’s likely to be the best-received product launch of them all.