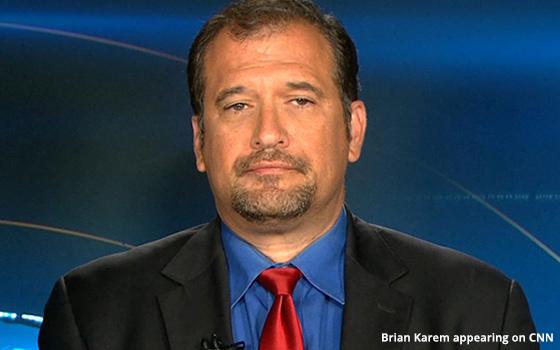 A federal appellate court has rejected a request by the Trump administration to reconsider an order requiring it to restore the journalist Brian Karem's press credentials.

The D.C. Circuit Court of Appeals said in a short order issued Wednesday that none of the circuit's judges called for a vote on the administration's petition for a new hearing.

Absent intervention by the Supreme Court, the decision brings an end to a dispute between the White House and Karem that dates to President Trump's July 2019 “social media summit,” at which right-wing activists discussed alleged bias by tech companies.

Toward the end of the event, Trump gave a prepared speech at the Rose Garden.

Karem, a correspondent for Playboy and analyst on CNN, was among the journalists present in a cordoned press area for that speech. Afterwards, he and former Trump advisor Sebastian Gorka publicly argued.

Three weeks later, former press secretary Stephanie Grisham told Karem his “hard” press pass -- which allowed him relatively quick entree to the White House -- would be suspended for 30 days due to his “unprofessional” conduct.

Karem then sought a court order requiring restoration of his credentials, arguing that the revocation violated his right to due process of law.

A trial judge agreed with Karem and issued an injunction requiring the administration to reinstate his credentials.

In August, the Justice Department asked the entire D.C. Circuit to reconsider the case, while Karem's attorneys opposed the request.