Is Kylie Jenner The Next Katie Couric? 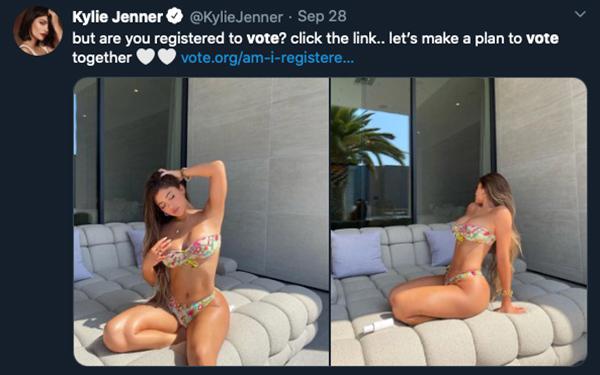 Traditional journalists may want to proceed with caution: One in four consumers in the U.S. (28%), UK (24%) and Germany (23%) say they are more likely to source news updates and opinions from social media influencers than journalists and established news outlets, according to new research from marketing agency Takumi.

Moreover, the younger generations appear to be most likely to replace Katie Couric with Kylie Jenner, who recently made headlines for helping to increase visitors to Vote.org by 1500% the day after posting provocative bikini pictures with the voting link on her Instagram.

With this in mind, it’s is perhaps unsurprising that 41% of consumers agree that social media influencers should use their platforms to discuss current affairs and everyday activism.

Despite this belief, over half (55%) of marketers across the U.K., U.S. and Germany said they would be anxious about working with an influencer who is vocal about social and political issues.

There is unlikely to be any influencer-driven Facebook bans. Despite growing media attention on the role of social media channels in spreading misinformation, influencers don’t appear too concerned. In the U.K., U.S. and Germany, tackling the spread of misinformation was ranked the least important aspect of influencer marketing by 30%, 54% and 35% of influencers respectively.

In fact, despite growing marketer and consumer appetite, 34% of U.K. influencers, 22% of U.S. influencers and 33% of German influencers ranked “expanding into mainstream media channels” as their lowest priority.

Instagram is the most popular among influencers, with 100% of those surveyed in the U.S. and Germany active on it and 97% in the U.K. Perhaps surprisingly, Pinterest was ranked the second most popular channel in the U.S. (38%), while in Germany it was TikTok (33%).

However, adoption of both channels was far lower in the U.K., with only 9% using Pinterest and 14% of influencers working on TikTok.

More specifically, Survey Monkey was commissioned by Takumi to execute a study of 291 influencers in the U.K., U.S. and Germany.

Censuswide was commissioned by Takumi to execute a study of 3,010 nationally representative consumers (aged 16+) and 756 marketers in the U.K., U.S. and Germany.