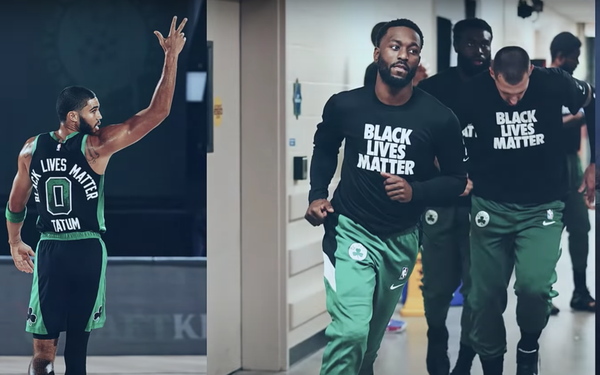 From a Nike Jordan ad.

Months of the pandemic have tossed teen brand preferences into a blender, with Piper Sandler’s new “Taking Stock With Teens” report detecting major shifts in how Gen Z feels about brands.

Even as Nike and Nike’s Jordan brands continue to reign, newcomers like TikTok, Shein and CeraVe are rising. Racial justice, including Black Lives Matter, has skyrocketed to the top of teens' concerns. And underneath it all are financial worries, with self-reported spending falling to its lowest level in the semiannual survey’s 20-year history.

A growing number of teens -- 48% -- believe the economy is getting worse. And shopping for used clothing at thrift stores, which ranked 44th last year, shot up to the 13th most mentioned retail channel. Secondhand goods now represent 8% of shopping time allocation, stealing share from off-price, specialty and department stores.

In an open-ended question, Piper Sandler asked teens to name a social or political issue that matters most to them. In this survey, racial equality came in first, mentioned by 19% of the teens. It was 5th in the previous two surveys. And both Black Lives Matter and police brutality make it into the Top 10 for the first time, at No. 3 and No. 9, respectively. The environment, the coming election, abortion, immigration and gun control also made the list.

While Nike, American Eagle and Adidas continue as the most popular apparel brands overall, spending on clothes is down $507. Nike and Jordan continue as the top fashion trend for boys, and leggings/Lululemon held on to the No. 1 spot for girls.

Shein, the fast-fashion ecommerce site, muscles past Nike, landing just behind Amazon as the favorite website for shopping among upper-income teens.

CeraVe jumps to the No. 1 skincare brand, from No. 7 in the last survey, while e.l.f. moves to the No. 2 beauty brand, just behind long-reigning Tarte.

Another significant change comes in social media, with TikTok vaulting past Instagram into the No. 2 preferred platform spot, just behind Snapchat. That’s “fueling brands like e.l.f. & CeraVe, which both hit new survey highs while trends like “5-inch shorts” are on the rise among males,” writes Erinn Murphy, Piper Sandler senior research analyst and lead author. “Pinterest also gained share among teens as they look for creative outlets and DIY trends to spend their time.”