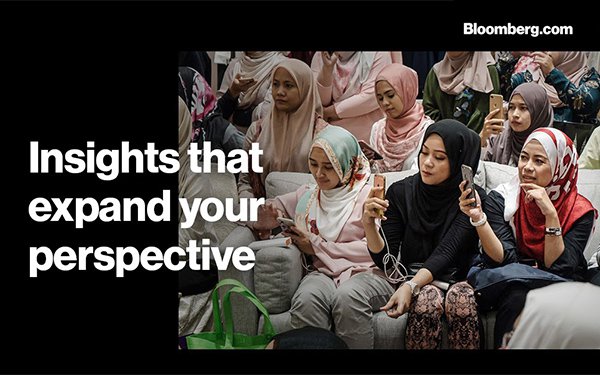 Bloomberg Media is launching an ad campaign to promote its digital subscription offering.

It is the first digital ad campaign for Bloomberg.com that the company has done at this scale.

The campaign was developed in-house. Creative was produced by Bloomberg Media Studios.

The campaign aims to tell consumers about Bloomberg Media’s “trusted, data-driven global business news and insights as a pivotal resource for a multifaceted, global business audience.”

“Our mission is to empower our audience and brand partners by providing the knowledge and connections they need to confidently make an impact on a rapidly-changing world,” stated Anne Kawlerski, Chief Marketing Officer at Bloomberg Media.

The campaign also brings to attention the recent expansion at Bloomberg, including new verticals such as Bloomberg Green, Bloomberg CityLab, Bloomberg Equality and Bloomberg Wealth.

While Bloomberg has not disclosed its total number of subscribers, it is in the six figures.

“The campaign launches at a moment of massive, global transformation, when rising and established leaders are looking for resources to help them navigate the fast-moving economic, political, technological and social trends worldwide,” stated Lindsay Horrigan, general manager of subscriptions and global head of consumer marketing at Bloomberg Media.

The campaign will be on digital, social and over-the-top streaming services, as well as on audio via podcasts.

It will expand throughout 2020 and is available in the United States and Canada, United Kingdom, Hong Kong, Singapore and the United Arab Emirates.

The Bloomberg Businessweek print magazine is currently $99 for 50 issues.