MAGGOT Is The New MAGA 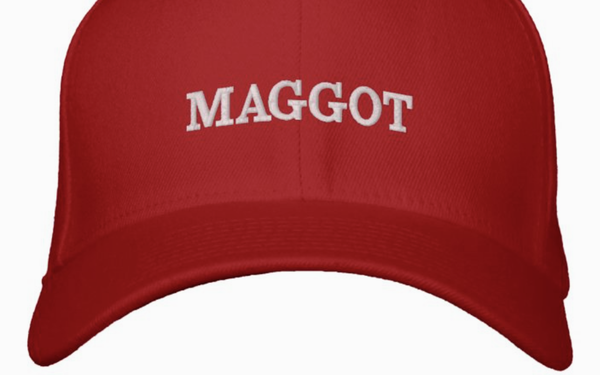 Will the White House lean into the highlight of the Pence/Harris debate and rebrand its reelection campaign theme from MAGA to MAGGOT?

Ever since the Nixon/Kennedy debate, televised debates have been less about substance and more about optics. People who listened to it on radio thought Nixon won, but those who watched it on TV saw a sweaty, unshaven Nixon and thought Kennedy won.

All other things being equal, the optics of a fly landing on Pence's head -- and remaining there for two full minutes while Pence failed to respond -- will at the very least, serve in stark contrast to the Obama/Biden administration, whose Commander-in-Chief is known for rapidly dispatching annoying flies during nationally televised moments.

By comparison, Pence remained motionless and placid for the duration of the fly's assault, causing much of America's live TV audience to roar with laughter and generating instantaneous memes, including unfavorable explanations about why the fly was attracted to Pence's head.

One of the fastest memes was created by the Biden/Harris campaign itself, featuring a tweet of Joe Biden holding a fly swatter and using it as a fund-raising opportunity to "help this campaign fly."

In fact, the Biden/Harris campaign merchandise site sold out almost immediately of its "Truth Over Flies Fly Swatter," at $10 apiece. 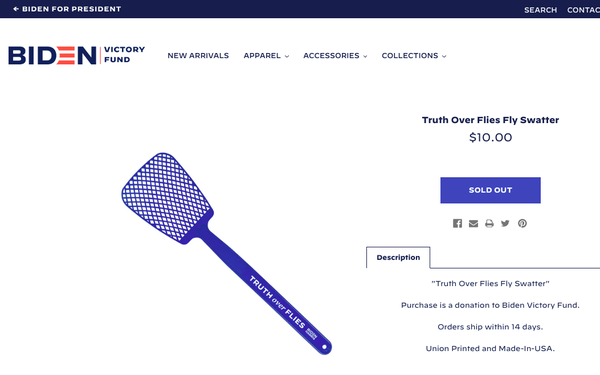 I'm not suggesting that supporters -- especially those on the religious right -- will interpret the debate fly as a sign of Biblical pestilence, but Pence's response, or rather lack thereof, immediately spawned memes comparing him to the character Norman Bates, who sits placidly at the end of Alfred Hitchcock's "Psycho" talking about why he refuses to swat a fly.

The optics of the debate fly incident also likely reminded Americans of study in contrast between two Presidents: Obama's ninja-like calm in dealing with them vs. the current President's apoplectically losing his cool over the pests at his campaign rallies ("That's a nasty fly. I don't like those suckers," he said during a 2019 rally in New Mexico.)

The debate fly incident didn't help Pence's debate optics, given that much of social media was also focused on his pink eye, and raising questions about whether he was also infected with the COVID-19 virus.

And while the President asserted in a tweet that "Mike Pence WON BIG!," I'd love to be a fly on the wall of their next meeting in the Oval Office -- a fly wearing a mask and a hazmat suit, of course.