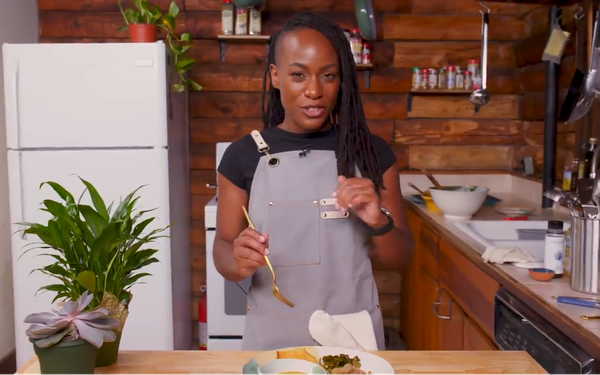 Bon Appétit has extended its brand marketing appeal with a new chef lineup for its Bon Appétit YouTube Channel.

New pilots will stream in November. Each of the eight new chefs will create three recipe demo videos for the channel, 24 mini-series in total.

"What I really hope to do is create a place where we are talking about food and culture together. We are building an inclusive place where everybody can find stories that resonate with them and also learn something new,” Sonia Chopra, executive editor at Bon Appétit, told Publishers Daily of her brand vision.

The culinary experts include: DeVonn Francis, a Jamaican-American chef and artist who founded Yardy; Tiana “Tee” Gee, a Los Angeles native and sous chef of Harlem's Red Rooster; Melissa Miranda, chef at Musang, her Filipinx-inspired, community-driven restaurant; and Samantha Seneviratne, baker and cookbook author, her “The Joys of Baking,” was selected as one of the best baking cookbooks of 2019 by The New York Times.

They are joined by Chrissy Tracey, a Jamaica-American plant-based chef from Cheshire, CT, who launched a vegan meal prep business called Chrissys; Harold Villarosa, former executive chef at Freeman’s, founder of Insurgo, focused on bringing the farm-to-table movement to inner-city food deserts; Rawlston Williams, who brings a modern twist on Caribbean classics at his restaurant Food Sermon; and Claudette Zepeda, a "Top Chef" alumna, known for her time as the executive chef and partner behind El Jardín, a regional Mexican restaurant in San Diego.

Chopra notes she did not grow up with a "mainstream understanding of the European mindset of food," giving her an enhanced sense of food diversity.

“We are really listening and learning as we rebuild as one team, and we are so looking forward to the future of BA and the great stories we can tell across all platforms,” Chopra explained to PD. She promises the YouTube channel will supply “new shows, new and familiar faces, and a whole lot of great recipes.”

Also coming this fall is Bon Appétit's holiday double issue, guest edited by Marcus Samuelsson, James Beard award-winning chef and BA's global brand advisor. He helped develop the new streaming slate alongside Chopra and EIC Dawn Davis. "We should be curious as a brand. Once we lead with curiosity, the conversation will be amazing," Samuelsson says in a new BA video.