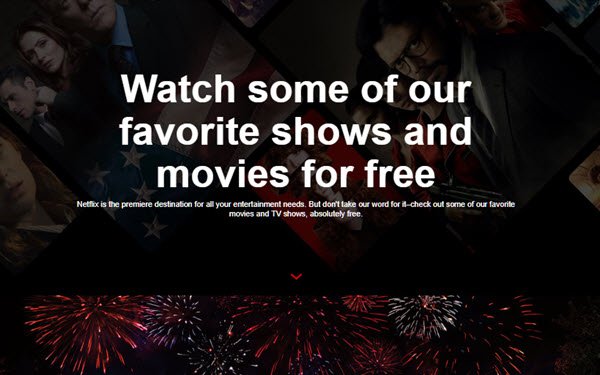 Netflix has ended its practice of using 30-day free trials in the United States.

The company began phasing out the free-trial offer domestically this month, after doing the same in markets around the world over the past couple of years, Netflix confirmed to The Verge.

Netflix began using free content sampling as an alternative subscription promotion strategy during the past year.

The company started sampling in select markets and, in August, expanded it to nearly all 200 markets in which it operates.

Through a free sampling portal (no registration required), prospects can view the first episode of Netflix original TV series like “Stranger Things” and “Grace and Frankie,” or watch select full movies, like “Murder Mystery.”

At the end, Netflix shows a simple message suggesting that if you liked the content, you can join now to see "everything on Netflix that everyone's talking about" (including the rest of the TV series, if you just sampled one).

The downside to free trials is, of course, that significant numbers of prospects tend to cancel at the end of those trials — a potential scenario now being faced by Disney+ and Apple TV+, for example.