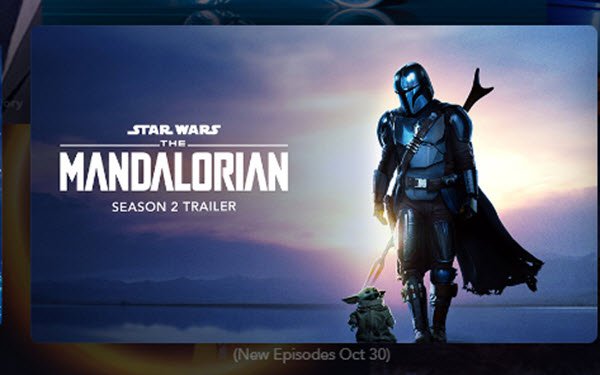 By the end of 2019, the deal had generated about 5.3 million subscribers — 20% of the 26.5 million total Disney+ subscribers at the time, per Disney’s own statement.

Neither Disney or Verizon has revealed further numbers for the deal since, but they are almost certainly well above 5 million.

In August, when the two companies announced that they were extending their partnership to Verizon’s Mix & Match plans, to include the Disney+ bundle (Disney+, ESPN+ and Hulu), Frank Boulben, senior vice president marketing and products for Verizon Consumer Group, confirmed that both companies were extremely pleased with their results to date.

Not only has the Disney+ freebie helped Verizon drive unlimited-plan subscribers up to 50% of its total mobile customers as of the end of June; Disney+ itself has seen its total subscribers mushroom to more than 60.5 million as of August – already exceeding the 60-milion low end of its initial five-year projection.

Now, starting November 12, Verizon customers faced with the end of the Disney+ promotional period will be presented with several choices.

They can cancel Disney+. They can stay on their current Verizon plans and begin paying $6 per month to get the Disney+ bundle (which is normally $12.99 per month).

Those on the cheaper “Start” and “Do More” unlimited Verizon plans can get Disney+ alone free, but just for six months.

Those still in the free promotional period can add ESPN+ and Hulu for $6 per month through the end of their trial, but the cost will rise to the standard $12.99 thereafter.

Verizon customers are most likely to opt to upgrade to one of the more expensive plans, which offer 5G access, and least likely to start paying the additional money per month for the Disney services, Ampere analyst Tony Maroulis told Bloomberg.

On September 10, during an investors’ conference, Disney CFO Christine McCarthy said that Disney+ cancellations were thus far within Disney’s range of expectations.

In a recent investors’ note, UBS analyst John Hodulik projected that Disney+’s U.S. subscribers will reach more than 26 million as of its fiscal further quarter (ending September), representing a reach of 23% U.S. households within under 11 months after its launch.

But he noted that Disney+’s U.S. subscription growth is already likely slowing, in part due to some lifting of the stay-at-home pandemic pattern, and added that the expiration of the free 12-month Disney+ launch promotional deal with Verizon in the December quarter could further slow U.S. growth.

However, he also noted that the start of “Mandalorian" Season 2 as of October 30, as well as the premiere of Marvel’s “WandaVision,” should offset some of the churn in the U.S. from the deal’s expiration. Since “Mandalorian 2” episodes will be released weekly, rather than simultaneously, subscribers whose Verizon Disney+ freebie expires on November 12 will need to keep the SVOD for at least two more months in order to see all of the episodes (likely no coincidence).

In addition, Hodulik forecasts that international markets —particularly Latin America, once it launches in November — will continue to drive most of Disney+’s near-term subscriber growth.

Meanwhile, on another front, Daniel Loeb, founder of hedge fund Third Point, wrote Disney CEO Bob Chapek on Wednesday to argue that the company should permanently cancel its dividend and funnel that money into building its streaming business.

Loeb, who bought 1.4 million Disney shares in May and now has about 5.5 million shares, said that using the $3 billion that normally goes to an annual dividend could “more than double” Disney’s budget for producing and acquiring content for Disney+ and its other streaming services, reports the Los Angeles Times.

While such a move would add pressure to Disney’s earnings, already under siege due to the partial or full shutdowns of several of Disney’s core businesses, he argued that pumped-up investment in streaming will serve to boost Disney’s competitive position and pay off for stockholders in the long term.

Disney didn’t immediately reply to the Times’ request for comment.