With 'Reset Normal,' The North Face Aims At Diversity 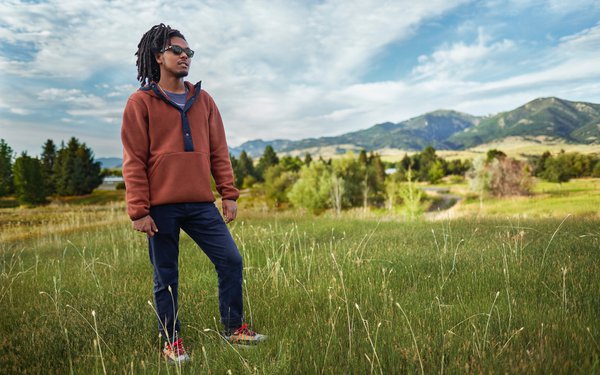 The new effort encourages people to keep exploring, especially at a time when pandemic-weary consumers crave more progress and discovery.

Part of the push is the introduction of its Explore Fund Council, a fellowship to address the lack of diversity in exploration. Early members include screenwriter and actor Lena Waithe, and Jimmy Chin, one of the brand’s athletes and Academy Award-winning director of “Free Solo.”

The company says it will use the council’s findings to direct a  $7 million commitment to building equity in the outdoors.

Today, the campaign launches with a video narrated by Waithe, featuring music from Aloe Blacc’s new single, “My Way.” Sid Lee is the agency.

The North Face is also asking its athletes and ambassador partners to pile on, creating and sharing videos that detail their approach to resetting their normal in 2020. The company also intends to release Instagram AR lenses and TikTok filters to encourage consumers to share their goals.

The campaign draws on research showing that people of color are three times more likely to live in communities deprived of nature and green space. And when they do explore, they often face racism and other systemic challenges.

The Denver-based company says its goal is to “create more culturally relevant exploration opportunities and connect diverse communities to the benefits of exploration.”

In its most recent quarterly results, VF’s revenues fell 47% to $1.1 billion, impacted by pandemic store closures, leading to an operating loss of $247 million for the fiscal first quarter.

In the outdoor segment, which includes The North Face, revenues for the quarter dropped 44% to $341.2 million.