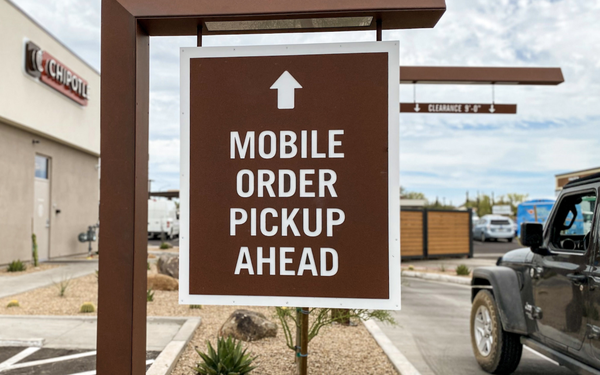 Consumers may be gradually recovering their pre-COVID appetite, but they’re clamoring for more safety and convenience from restaurant brands.

A new study from Deloitte, “The Restaurant of the Future Arrives Ahead of Schedule,” compares the shift in consumer's expectations between December 2019 and June of this year. It also draws on interviews with QSR, fast-casual and casual dining execs.

In what seems like a blast of pure nostalgia, pre-pandemic consumers preferred to interact with actual human cashiers at fast-casual and casual restaurants. Now, 70% would rather order digitally for delivery, and 58% say they prefer digitally ordering from a QSR. Some 57% have downloaded a third-party delivery app.

These conveniences matter more than food, with 62% of respondents saying they are the main reason for choosing a restaurant. Delivery and takeout demand rose 14% in the 2020 study, with 68% saying they use delivery and 52% saying they order takeout.

Both millennials and Gen X are the most avid users of delivery orders (65% and 61%, respectively) and takeout (at 76% and 77%.) Both consider $4 a fair fee, with most expecting to wait no more than 30 minutes.

These preferences are already shaping financial performance. Last week, for example, Chipotle announced it had shaken off its virus slump with comparable restaurant sales rising 8.3%. That’s driven by a 203% increase in digital sales, which now account for 49% of sales, as fans flocked to its app-driven Chipotlanes.

The Deloitte study also suggests the new normal has almost certainly arrived, with 46% of consumers saying they expect their current dining habits to stay the same for the foreseeable future. And 23% say they expect these changes to be permanent.

But when consumers are in restaurants, safety matters more, with 85% saying they want to see cleaning protocols that are in place. “Wearing of gloves by employees, constant cleaning of tables and other common surfaces, and the use of plexiglass shields don’t just promote safety and cleanliness,” the report says. “They signal to the diner how seriously management takes that responsibility. Four out of five said they are more likely to patronize a restaurant if they knew what steps it was taking to enhance cleanliness.” They also say they’ll pay as much as 10% more as a result.