Enhanced Guest Engagement On The Menu For Arby's, Jack In The Box 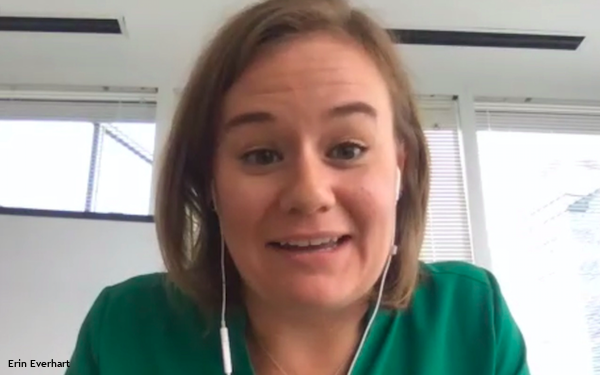 The pandemic has given Arby’s and Jack in the Box an opportunity to experiment with new ways to engage with consumers, with both QSR chains also fine-tuning their data capabilities to improve behavioral targeting.

Those are two takeaways from a session titled “Engage, Engage, Engage” during this week’s MediaPost Brand Insider Summit QSR.

With quarantined people glued to computer screens and pining for canceled sports activities, Arby’s concocted a way to leverage both for brand engagement with an activity that launched in August.

“What it turned into was this absurdly long, virtual marathon that we called the Arby’s Greek Gyro Games,” said director of owned, digital and personalization Erin Everhart.

“And they had to hold it down for a full two hours, one minute and 38 seconds, which  is the actual world record marathon time. It was ludicrous -- an immense amount of time that we were asking people to commit to,” said Everhart.

The engagement results were “remarkable.”

The first three competitors to complete the marathon won free gyros for a year. About 6,000 people who also made it to the end each won a free gyro.

“We had about 300,000 total players and we actually had record traffic,” Everhart said. And “the highest day ever on Arbys.com was the day that we launched.”

Jack in the Box decided to jump on the pandemic-induced, face-mask bandwagon to support this month’s launch of a plant-based-chicken sandwich. People could enter an advertising supported giveaway on the company’s website for the chance to win a chicken-scented mask.

“We had no idea what to expect” the morning the giveaway went live, said Jack in the Box senior customer relationship manager Shannon Murphy.

“Thank God our website didn’t crash,” as “millions and millions of people” tried to get a free mask.

Jack in the Box ran through its mask allotment in three and a half minutes.

The Jack in the Box app -- which can be used for ordering -- has been available nationwide for about two years, but “there’s still a lot of learning that we need,” noted Murphy. “We’re still trying to reach that one-to-one, the smart upsell and things of that nature.”

“It is something that I am fascinated to think about, because as an overall industry, food is very offer-driven, especially QSR,” said Everhart.

With regard to cultivating loyalty, one of the goals for Arby’s is to improve the company’s data science and predictive modeling.

For Everhart, that means how to “pivot away from training customers to only come to us if there’s a deal.”

Asked about the use of customer data, Murphy said, “our data is pretty much all over the place right now.”

She wants to “pull it all into one single source of truth” so that Jack in the Box can “do more than just targeting based on ZIP code, but basically use your behavior to dictate how and when and where we communicate with you.

“I think that will get us closer to that one-to-one communication that we’re ultimately looking for.”