Are BMW Drivers Really The 'Worst'? 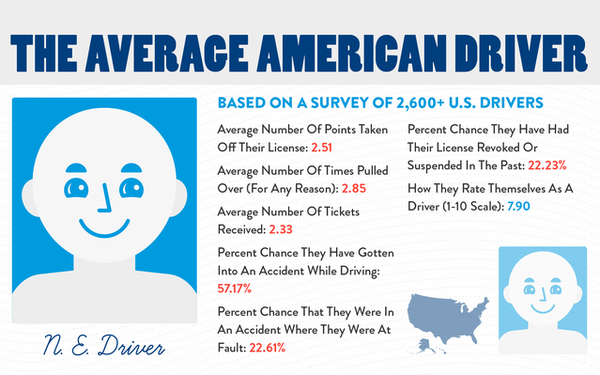 Anyone who drives regularly has experienced bad drivers while on the road, and may have started to see some similarities based on nameplate or type of vehicle.

For a while, it seemed like every PT Cruiser I saw on the road was driving erratically. Now you don’t see too many of them, and I’m not sure who has taken their place.

Empire Covers asked people across the country about their driving habits. The survey received over 2,600 responses from licensed drivers throughout the U.S., on topics ranging from speeding tickets to the number of at-fault accidents to getting their license suspended or revoked.

Subaru drivers have their license revoked/suspended at the lowest rate, have been pulled over the fewest amount of times and have received the fewest number of tickets. Maybe it’s because they are trying to keep their passenger dogs safe?

Unexpectedly, Volvo drivers were the “worst” in three different categories, indicating to us that Volvo drivers are some of the overall worst on the road. This is even more interesting considering U.S. News and World Report ranked Volvo second on its list of safest car brands of 2020, meaning the safety record of Volvos has to fight against user error in addition to everyday driving dangers.

The average American driver has received an average of two tickets, has 2.5 points on their license and ranks themselves as a 7.9 out of 10 for being a good driver.

About 80% of Kia owners have been involved in a car accident, while only 45% of Volkswagen owners report experiencing a fender bender, according to the survey.

So the moral to the story is, be leery of BMW and Kia drivers, especially while in Nebraska and Nevada. Duly noted.