How Dunkin' Powers Its Loyalty And Delivery Biz 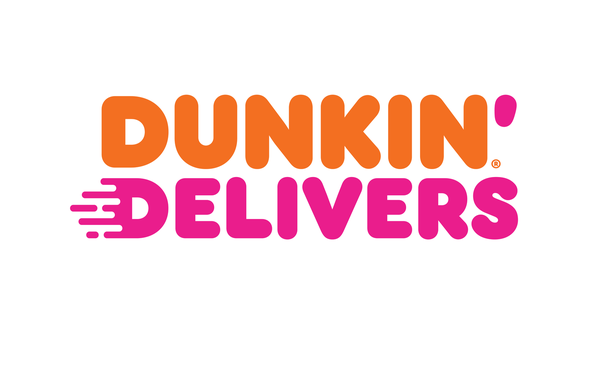 While much of the fast-food world is buzzing about Inspire Brands' acquisition of Dunkin' Brands, two Dunkin' execs came to MediaPost's recent Brand Insider Summit QSR to dish about its pandemic successes.

Brandy Blackwell, director of new business, delivery and catering, and Joanna Bonder, director of loyalty marketing and strategy, spoke at the virtual event, detailing how it's navigating a restaurant environment dramatically changed by  COVID-19.

Both said the company benefited by being able to keep many of its drive-through locations open at a time when so many competitors were forced to close.

There was some serendipity. "In March, we rolled out a little promotion called Free Donut Friday, and we saw immediate results," Bonder told attendees. And while the effort had been brewing for some months, it landed at just the right time. "Our members were so uncertain and stressed. And it gave them something to look forward to. At a time when they didn't know what day it was, it reminded them that it was Friday and that they had made it through another week."

Bonder said the promotion, initially intended to last for just a month, also drove trials. "It gave customers a reason to smile when they needed it most. And they knew we were there for them. It's one of the most successful promotions we've ever done."

Delivery, too, turned out to be a powerful sales tool. While many consumers might not think of coffee as a common delivery item, Blackwell said it gave the company the chance to expand consumer awareness of its products.

"We targeted different dayparts, highlighting things like a half-dozen donuts, or 25-count Munchkins," she said. "Even if people are reluctant to order for themselves, they're more inclined to order breakfast for the whole family."

She said the Canton, Massachusetts chain also benefited by rolling out its delivery options more slowly, watching competitors battling over delivery fees. It had been testing deliveries with Grubhub last year and expanded it to the New York metro market early in March. Gradually, it added Uber Eats and DoorDash.

"We took a multi-aggregator approach to give more options to franchisees," she said, adding that delivery sales since the pandemic began are up 120%. "We learned from others' mistakes."

Both agreed that a major lesson so far is that Dunkin' customers want to hear more from the brand, not less. "We saw many competitors going dark, and here we were, sending more emails and push notifications than ever before," Bonder said. And while they initially worried it might be too much, "customers told us we weren't annoying them. We were constantly reminding people about changing procedures," she said. "And we saw excellent results across our channels."

In the company's third-quarter financial report, released last week, Dunkin' said its comparable-store sales in the U.S. rose 0.9%, while revenues gained 1.6% to $361.5 million. Most QSR chains are still clawing their way back to positive results. Starbucks, for example, reported a same-store sales decline of 9%.

Late last week, Inspire announced the terms of the Dunkin’ deal, at $11.3 billion. It already owns Arby's and Sonic.