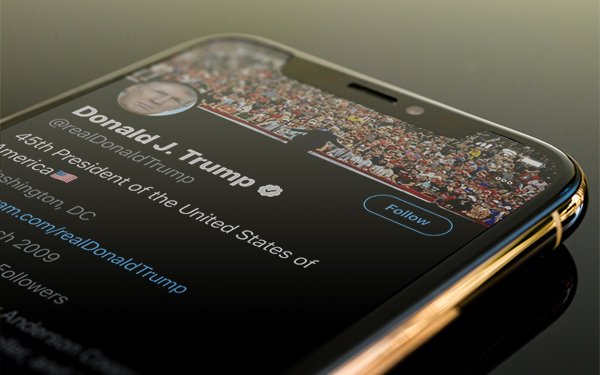 So far the verdict on the efforts is mixed at best.

Consider the events of Monday night, when Trump expressed his displeasure with the Supreme Court's failure to intervene in Pennsylvania's decision to count some absentee ballots that will arrive by Nov. 6.

“The Supreme Court decision on voting in Pennsylvania is a VERY dangerous one,” he tweeted on the eve of Election Day. “It will allow rampant and unchecked cheating and will undermine our entire systems of laws. It will also induce violence in the streets. Something must be done!”

But by the time the company took action, the original post had been retweeted more than 55,000 times, according to researchers at Election Integrity Partnership.

“Despite effective action within an hour by Twitter, much of the damage was likely already done,” the group tweeted.

Trump also posted his complaint about the Supreme Court to Facebook, which added a warning label to the post but didn't restrict its spread.

Trump's post about the Supreme Court came near the end of an election cycle in which he has repeatedly blasted Twitter for its efforts to prevent the spread of unsubstantiated claims.

“Why isn’t Biden corruption trending number one on Twitter?” he tweeted last week. “Biggest world story, and nowhere to be found. ... Disgraceful! Section 230.”

Trump's shorthand reference to “Section 230” was apparently yet another call by him to repeal Section 230 of the Communications Decency Act, which protects web publishers for their content moderation decisions. Those decisions are independently protected by the First Amendment, so even if Congress did repeal Section 230, Twitter still wouldn't have to enable Trump -- or anyone else -- to spread lies.

The president's claim regarding “Biden corruption” apparently relates to an unverified and disputed New York Post story, which was based on a purported email from an adviser to the Ukrainian company Burisma, to Biden's son, Hunter. The email -- which supposedly said, "thank you for inviting me to DC and giving an opportunity to meet your father” -- was allegedly retrieved from an abandoned hard drive given to former New York City Mayor Rudy Giuliani. Biden's campaign disputed that the meeting took place.

While Twitter initially restricted sharing the story on its platform, the company later reversed its stance.

Trump isn't the only one whose tweets have been the subject of warning labels. Last week, Twitter also briefly placed a warning label on a post by former Attorney General Eric Holder, who tweeted that it was too late to vote by mail.

“Not sure whether this is the right call by @twitter, but it's crazy that the social media companies are making these decisions without the benefit--or constraint--of any regulatory framework,” Jaffer wrote. “The integrity of our elections shouldn't turn on the grace of private corporations.”

Despite the frustration Jaffer and others feel with social media, it's hard to envision regulations about content that would be consistent with online publishers' free speech rights.

It's worth noting that for all the ways social media can enable operatives to dupe people, it can also help them to get out the truth. On Tuesday morning, Michigan Attorney General Dana Nessel took to Twitter to counter robocalls that were telling residents to vote on Wednesday instead of Election Day.

“Getting reports of multiple robocalls going to Flint residents that, due to long lines, they should vote tomorrow. Obviously this is FALSE and an effort to suppress the vote,” she tweeted. “No long lines and today is the last day to vote. Don’t believe the lies!”