What #GoodToVote Taught Adore Me About Influencer Marketing 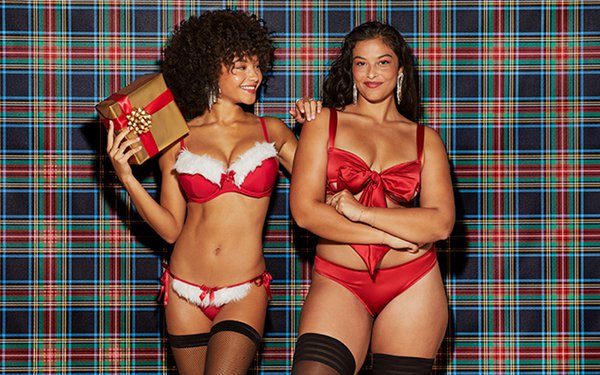 Adore Me, a D2C lingerie brand best known for its brand positioning, wanted to find a way to energize its growing community of micro-influencers. So it partnered with HeadCount.org, a nonpartisan voter registration organization and its #GoodToVote effort -- and quickly surpassed its goals.

The #GoodToVote premise is simple fun. If an influencer convinces enough people to register to vote (or verify their registration), they get something fun in return. Actor Samuel L. Jackson, for example, promised to swear in 15 languages, while Emma Roberts said she’d release an un-fabulous audition tape.

But Adore Me had a smaller idea. “We had started our Creators platform back in January, as part of our investment in influencer marketing,” says Ranjan Roy, Adore Me’s vice president of strategy. So while big-name celebrities were drumming up attention and new voters, the company invited its micro-influencers to join the brand’s first community challenge.

“Each influencer created their challenge for their followers, promising to do things like cut off their bangs, post embarrassing photos from childhood or let one of their kids cover their Instagram for the day,” he tells Marketing Daily. “The idea was that if we could get 1,000 new voters collectively, they’d all have to do their promised challenge.”

In just 10 days, the effort topped 1,700, vindicating what Adore Me has been finding all along: That these micro-influencers -- those with fewer than 10,000 followers -- can have a different kind of impact than celebrities do.

“We think this is the real future of influencer marketing. People aren’t following these people because they’re famous -- they follow them because they’re real,” Ray says. “These are the kind of people who have 1,000 true fans, just not tens of thousands of followers. That’s especially meaningful to this coveted Gen Z audience.”

But corralling the power of these smaller personalities isn’t easy. The traditional vetting process is laborious. “It might involve 10 to 20 emails,” he says. “That’s just too difficult to do at any scale."

With the introduction of Adore Me's Creators platform, that process is streamlined, “so we can leverage a larger community of smaller influencers.”

Different campaigns are running all the time, Ray says. The company is introducing a new activewear line, for example, and there’s a “Sleigh All Day” campaign to celebrate its holiday lingerie.

Much of what’s emerging turns out to fly in the face of conventional thinking. The prevailing underwear dogma, for example, is that women are flocking to comfort and fewer frills -- think the opposite of Victoria’s Secret. But Roy says many bestsellers fall into the category of lacy, frilly bras.

Another myth? That only younger shoppers will buy bras online. “Our fastest-growing group of customers are between 55 and 64.”