Judge Sides With YouTube In Battle Over QAnon Takedowns 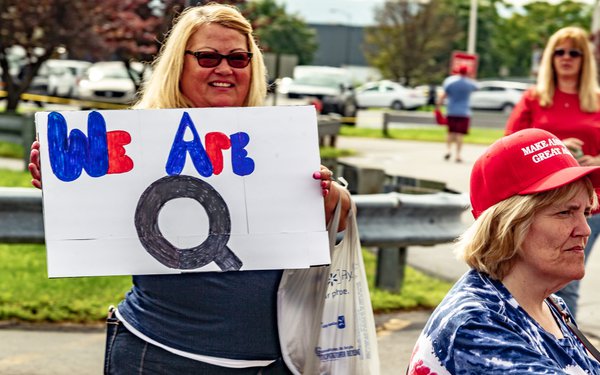 Siding with Google, a federal judge has rejected right-wing conspiracy group QAnon's request for a court order that would have required the immediate restoration of their videos to YouTube.

In ruling issued Tuesday, U.S. District Court Judge Beth Labson Freeman in San Jose, California said QAnon members hadn't shown they were likely to succeed with claims that YouTube violated its terms of service by taking down the videos.

“Plaintiffs have not satisfied the requirements for issuance of a [temporary restraining order],” she wrote.

The content creators alleged in their complaint that their First Amendment rights were violated by Google, and that Google didn't comply with its terms of service in at least three ways -- removing material “without cause,” failing to give advance notice, and failing to give people the opportunity to appeal.

“Plaintiffs have no First Amendment right to force YouTube to host their content,” Google argued in papers filed last week with Freeman. “In contrast, an injunction compelling YouTube to publish videos that it has determined violate its content policies would directly violate YouTube’s own rights.”

Around two weeks ago, the company revised those terms by explicitly stating that the anti-harassment policy prohibits “content that targets an individual or group with conspiracy theories that have been used to justify real-world violence.”

Freeman said she didn't rule on QAnon's constitutional argument because the members conceded at a hearing last week that the application for a restraining order didn't establish a First Amendment claim.

Instead, her ruling focused only on the likelihood that QAnon would be able to prove that Google breached the terms of service.

“Upon reviewing YouTube’s TOS agreement in totality, the court agrees with [Google],” she wrote.

She added that Google and YouTube “plausibly argue” that they removed the videos under YouTube policies that prohibit harassment and cyberbullying.

The ruling allows QAnon to pursue its request at a later date.