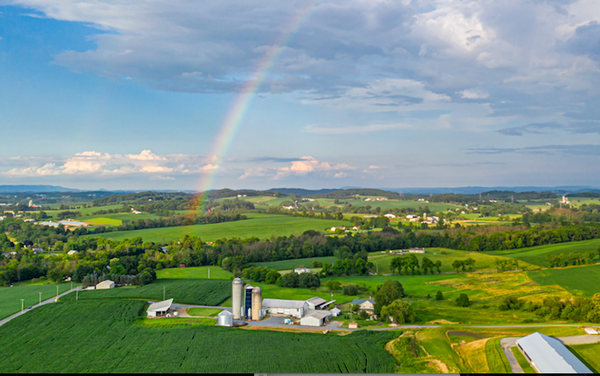 But T-Mobile also adds service in Detroit, El Paso, Waco and parts of Dallas and Houston and other big cities.

Last month, T-Mobile announced 450 cities and  towns (and it said 20 million households therein) that could get its broadband internet service.

Though urban dwellers may only experience a lack of internet service when they’re traveling, for small-town America, it’s a big time problem that frustrates schools and businesses everyday.

“Home broadband has been broken for far too long, especially for those in rural areas, and it’s time that cable and telco ISPs have some competition,” said Dow Draper, T-Mobile executive vice president for emerging products.

But Draper could have also mentioned that to get FCC approval of its merger with Sprint, T-Mobile promised it would provide 5G phone service to 97% of U.S. population within three years, and 5G phone coverage for 85% of rural America within three years and 90% in six years It agreed to other aggressive benchmarks for its home broadband service.

The home internet plan -- T-Mobile still calls it a pilot program -- provides service via its 4G LTE network. At this point, T-Mobile isn’t promising a set speed but says it will be enough to play games, stream shows and work on the internet simultaneously. It will cost $50 a month, with no hidden fees or taxes, and no contract and no data cap.  The 5G service  is coming to the home internet system within six years, according to the company

All of the wireless companies’ are offering “fixed cellular-based internet service,” meaning it’s not portable like a mobile phone. You can’t take it with you. And it takes a little installation time.

T-Mobile has technical capacity for this buildout and was quick to exploit exurbia when AT&T discontinued providing DSL service to many communities.

Verizon’s LTE (4G) Home Internet also debuted last month to rural areas in 48 states, for $40 a month for current Verizon customers and $60 for others.

In addition, Verizon’s fledgling home internet service -- all 5G-- added markets to bring it up to a dozen cities where it’s available in at least parts of the metropolis. Those are: Atlanta; Chicago; Dallas; Denver; Detroit; Houston; Indianapolis; Los Angeles; Minneapolis;  St/ Paul; Sacramento; and San Jose. It costs $50 a month for current Verizon customers and $70 for non-subscribers.

AT&T has a separate division that offers home internet via conventional cable and offers fixed cellular-based service, too, but with restrictions and a contract.