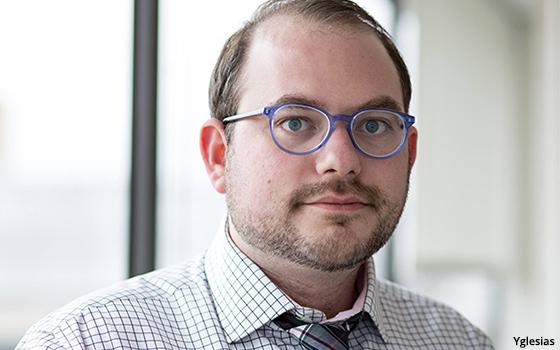 Vox.com cofounder Matthew Yglesias is stepping down to start his own venture on newsletter publishing platform Substack.

He joins a few high-profile journalists who have left media organizations to go the personal entrepreneurial route: paid newsletters.

Casey Newton left The Verge, where he covered the tech industry, to write a subscription newsletter on Substack. Andrew Sullivan, formerly writer-at-large at New York magazine, and Matt Taibbi,  a contributing editor for Rolling Stone, have done the same.

The Intercept cofounder Glenn Greenwald announced he was leaving for Substack last month, after accusing editors of censoring him.

Yglesias founded Vox with Ezra Klein and Melissa Bell in 2014. Today is his last day as senior correspondent at the digital publisher, according to an announcement he made on Twitter.

Creating Vox was “one of the great adventures of my life,” Yglesias tweeted, “but after 6+ years on the job, I’ve decided it’s time for me to move on to something new that I’m really excited about. I’ve been wanting for some time to reclaim what I had in my blog days as an independent voice,” he wrote.

Called “Slow Boring,” the first installment of the newsletter looks at the challenges facing an upcoming Biden administration.

In an intro to the post, Yglesias admits: “There was an inherent tension between my status as a cofounder of [Vox] and my desire to be a fiercely independent and at times contentious voice.”

The name of the newsletter is inspired by Max Weber’s essay “Politics as a Vocation”: “Politics is a strong and slow boring of hard boards.”

"Slow Boring" will offer two subscription options. The free tier will provide access to one article a week. The premium paid tier will offer an additional article every other weekday, plus access to the comments section and open discussion threads. A premium subscription is $80/year or $8/month.

“The articles will cover a range of political and policy topics with perhaps more focus than you see in most publications on what can be done in state politics to address urgent problems (housing, transportation), rather than spending all our time yelling about federal politics," Yglesias wrote in today's post.

He hopes the value proposition is an enterprise what will "generate a mix of paid & free content that is less beholden to the whims of tech platforms and various media fads..." he tweeted.

Yglesias will continue to host “Weeds,” Vox’s politics and policy podcast. A mini-series from the podcast, called “The Next Four Years,” debuted today.