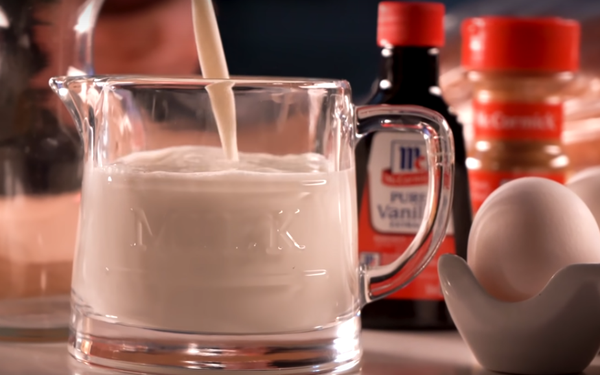 A year before COVID-19 spawned a wave of at-home cooking, seasonings and spices marketer McCormick dipped a spatula into the ASMR video bowl as part of its test-and-learn marketing strategy.

For the uninitiated, autonomous sensory meridian response is a tingling sensation that typically begins on the scalp and moves down the body, and can provide “the subjective experience of ‘low-grade euphoria,’” according to Wikipedia.

ASMR’s effects can be triggered by videos—something McCormick seeks to do with, among others, its recipe for preparing quick and easy French toast. For a scarier tutorial, sample this Halloween drink entry.

Partly due to its success with ASMR, McCormick tied with Coca-Cola as the #1 brand in food and beverages in research and advisory firm Gartner’s 2020 Digital IQ Index, which benchmarks companies "digital performance relative to industry competitors.

In this interview, which is edited for brevity, McCormick vice president of creative and digital communications Alia Kemet talks about how ASMR is well suited to food content and why the community of ASMR aficionados seeks it out.

CPG FYI: When did you first get involved with ASMR?

Alia Kemet: We published our first ASMR videos in April 2019. We were already producing our Flavor Makers videos, and they were performing really well. We saw this trend on YouTube around ASMR food videos in particular. With the trend kind of gaining ground, it was something we thought we should try.

CPPG FYI: How did your internal creative team approach the concept?

Kemet: We did a lot of research because we wanted to create something that would be very much engaging to the ASMR community.

And it really is a community. There are people who look for ASMR for entertainment value. They find it very gratifying and meditative. There is a natural connection between ASMR and food, [because it] provides a heightened sense of awareness and intrigue.

CPG FYI: At more than four minutes, some of your ASMR videos are quite long compared to typical ads on social media. Why is that?

Kemet: It’s funny, because when we first starting making them I was like, “Are these too long?” But it’s really about telling the full story and telling the full recipe. So if the recipe requires a longer amount of time, then we need to make a longer video. And what we found is that the consumers actually want you to tell the whole story.

CPG FYI: How do you judge the videos’ effectiveness?

Kemet: Typically, we’re looking at total views, our view rate and completion rates. Of our views, currently we have over 9.9 million—or, as we like to say, 324,000 hours of watching time. We’re up to over 70% [for] the average completion rate, and the duration is about two minutes of watching.

They’re a little addictive. You look at one and you kind of might want to look at another one after that.

Kemet: For our Halloween video, we did run that on Instagram as well. We cut it down, and it’s more of a teaser to drive you to YouTube—because that’s where you’re going to get the full experience.

CPG FYI: Besides social, McCormick uses traditional media like television, print and radio. What else might be on the horizon?

Kemet: One of the things that’s really interesting with us all being home is gaming. I think we’re going to see even some of the older consumers using gaming, so that’s one of the things we’re always looking at—what’s going to be next, and how do we start something new,or perhaps innovate in an area that we haven’t before.

CPG FYI: Do you see yourselves continuing down the ASMR road?