If It Quacks Like A Lame Duck, It's Probably Just For Quacks 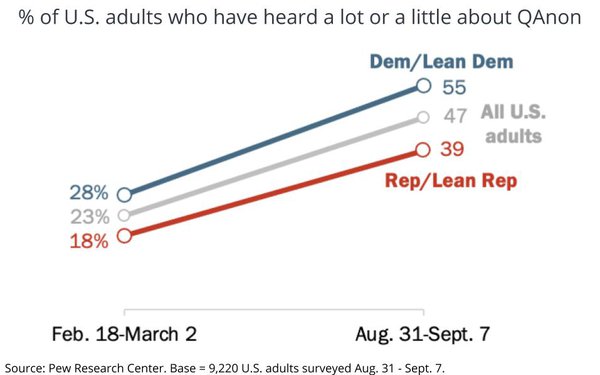 Now that we’re in the lame duck period between leaving the White House and launching what will likely be the most repugnant media empire America has ever seen, watch for the soon-to-be-former-President to pump up the crazy. Not just because he has nothing to lose, but because promoting outrageous conspiracy theories is what got him into office in the first place. And it’s what his base expects.

America may not be headed for another Civil War, but we have firmly entered a war on civility that began with birthirsm and has grown into a movement of the craziest and most extreme conspiracy theories that has already helped elect at least two of its members to serve in Congress.

Awareness of QAnon has grown from less than a quarter of U.S. adults last winter to about half, with some definite political skews.

According to tracking data released this week by the Pew Research Center, Democratic-leaning Americans are more cognizant of the conspiracy movement than Republican-leaning ones.

The study also found that Americans with the highest political knowledge also are the most aware of it, with Democrats indexing much higher than Republicans.

Most troubling of all, Pew’s research indicates that awareness aside, there is an even more dangerous political skew with Republicans most likely to see QAnon’s conspiracy theories as good for the country. Remarkably, 41% of republicans consider it at least somewhat good vs. just 7% of Democrats. 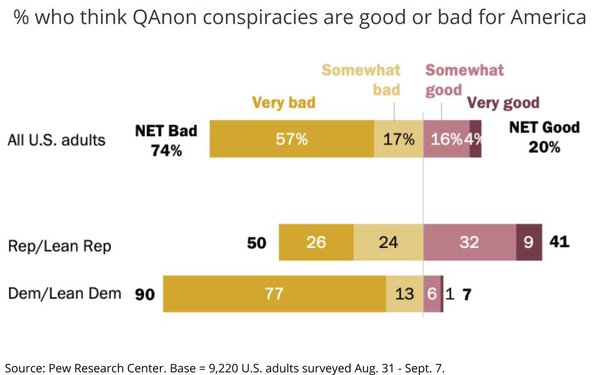 I guess we now know the answer to the incumbent President’s “Is that supposed to be a bad thing?” quip about QAnon’s conspiracy theories.

Meanwhile, as America awaits for him to concede the election to President Elect Joe Biden, at least Jimmy Fallon isn't holding his breath. In lieu of an official one, he mashed up this one:

politics
1 comment about "If It Quacks Like A Lame Duck, It's Probably Just For Quacks".
Check to receive email when comments are posted.
Next story loading