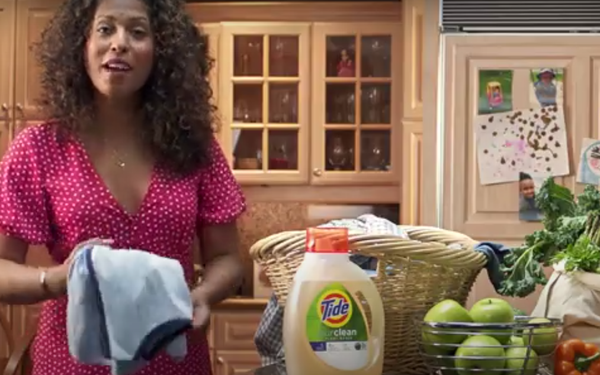 An ad industry self-regulatory appeals panel says Tide Purclean should discontinue the claim it has “4X cleaning power” of other competing brands.

The National Advertising Review Board (NARB) called the comparison “ambiguous.” It also said Tide didn’t show any research showing how often, or why, a consumer would ever use a quadruple dose of a competing product, making the claim irrelevant as well.

A separate panel had earlier said that  Procter & Gamble should discontinue the claim, but the CPG giant appealed that recommendation. Being told twice, however, apparently convinced P&G, which said it would accept the judgment, though it “expressed disappointment.”

The advertising had been challenged by Burlington, Vermont-based Seventh Generation, which markets a line of eco-friendly products.

Seventh Generation’s original complaint also said some language on the Tide Purclean bottle and commercials  might give consumers the idea the product was 100% plant-based -- it’s only 75% -- and that the product name also leaves that impression. The panel decided the name isn’t so confusing, but recommended Tide Purclean remove the packaging and ad copy ambiguities about just how plant-based it really is.

Old-line companies are increasingly motivated to become more ecologically conscious than they once might have been, in part because a new wave of consumers insist on it, and because newer sustainable competitors have carved out significant niches in consumer packaged goods categories.

“Tide has been on a journey of sustainability for many years now and this liquid detergent is our latest endeavor to deliver a more sustainable product that does not compromise on cleaning performance, “ a product description explains.

NARB is the appellate panel for BBB National Programs’ advertising self-regulatory programs, and is often used to adjudicate claims of advertising deception or false claims. It’s a step that avoids having a federal agency make a more expensive and potentially wider-ranging verdict.