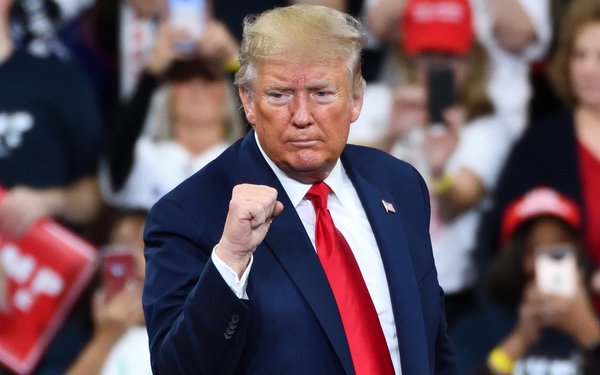 News of the potential deal was first reported Thursday by The New York Times, which based its story on reports by people familiar with conversations between chief of staff Mark Meadows and Rep. Adam Smith (D-Washington), chairman of the Armed Services Committee.

In recent months, Trump has repeatedly called on Congress to revoke Section 230 -- the law that underpins the modern web.

Section 230 also broadly shields web publishers from liability for content posted by users. Without that protection, web companies that allow users to post unvetted comments -- including Twitter and Facebook -- would risk a constant parade of defamation lawsuits.

Earlier this year, Trump ordered the Commerce Department to petition the Federal Communications Commission for rules that could expose tech companies to lawsuits for posts by users. The FCC is considering that petition, but it's not clear whether the agency will move forward.

For now, the odds of that Congress will agree to repeal Section 230 in exchange for Trump's approval to remove names of Confederal leaders from government buildings appear remote, according to The Times.

But at least one lawmaker, Big Tech critic Senator Josh Hawley (R-Missouri), voiced support for the plan, calling it “one of the best ideas I've heard in a while” in a tweet.