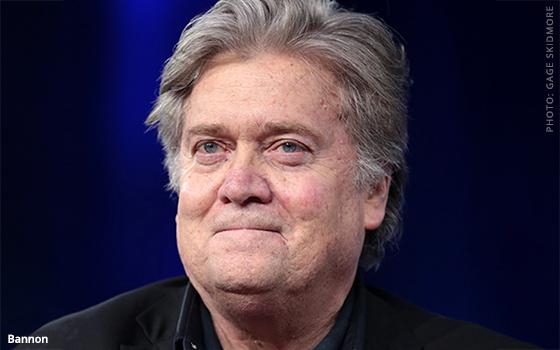 The Federal Trade Commission is continuing to investigate whether former White House strategist Stephen Bannon should be held personally responsible for his role in Cambridge Analytica's harvesting of Facebook users' data.

The FTC divulged the ongoing probe in a request for a court order to compel Bannon to testify.

The agency's request -- which was initially filed under seal in federal court in Washington, D.C. -- was made public on Friday.

The agency argues it needs Bannon's testimony in order to determine his personal liability, as well as to learn whether the data gathered by Cambridge Analytica was shared with anyone else.

“Any continued use of the Facebook data would represent a significant continuing harm for consumers,” the FTC writes in its court papers. “Even if Bannon disavows having such knowledge, this response needs to be probed through testimony.”

Bannon -- formerly an officer of Cambridge Analytica, a political consultancy previously used by President Trump -- has so far refused to testify voluntarily, according to the FTC.

That app was only downloaded by 270,000 Facebook users, but Kogan was able to gather information about up to 87 million of those users' friends, according to Facebook.

The FTC said Cambridge Analytica deceived users, because Kogan's app promised not to download names and other identifiable information.