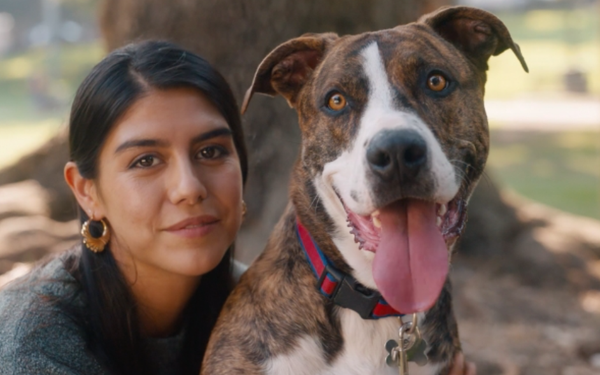 With nonprofits nationwide feeling the pinch of dwindling donations and limited ways to fundraise due to the pandemic, Subaru of America’s annual “Share the Love” should be more appreciated than ever.

From Nov. 19 to Jan. 4, Subaru will donate $250 for every new Subaru vehicle purchased or leased at more than 632 participating Subaru retailers nationwide to the customer’s choice of the following national charities: The American Society for the Prevention of Cruelty to Animals (ASPCA), Make-A-Wish Meals on Wheels America or National Park Foundation.

The automaker opens its 13th annual “season of giving” with an emotional campaign from Carmichael Lynch.

The series of spots are airing in 30-second and 25-second formats on national television and in  15-second formats in targeted digital and social media promotions. National spots will run during shows including “Big Sky,” “The Unicorn,” “Fargo Finale” and “Good Morning America.”

Each spot highlights the impact made on each of the Subaru’s national charity partners. Dealers are featured prominently.  The spots are available to view on the Subaru of America YouTube channel and include “Faces of Love,” “Hometown Faces” and “Anthem.”

By the end of the year, Subaru and its participating retailers anticipate the total donated since the event began will exceed $200 million, says Alan Bethke, senior vice president of marketing, Subaru of America, Inc.

“In these difficult times, we hope we can bring a smile to people’s faces and provide some much-needed holiday hope to our friends and neighbors nationwide,” Bethke says in a release.

Indeed, consumers seem to be deriving comfort from the holidays this year, with traditional activities like decorating and cooking taking center stage. Despite the COVID-19 pandemic, forecasts call for a further increase in charitable giving in 2020, when the final figures are tallied, but much depends on how generous we feel this holiday season, according to WalletHub.

Subaru also revealed its all-new, rear-wheel drive 2022 Subaru BRZ sports car this week. The vehicle made its global debut Wednesday at the Thermal Club Raceway in Thermal, California. Like the original, the new BRZ is a collaboration between Subaru and Toyota, which will sell its own version called the 86.

The automaker says it developed the vehicle with the same fundamentals of sports car design that it used to create the original, first introduced in 2012: low vehicle weight, an ultra-low center of gravity with precision steering and handling in an affordable 2+2 package. But for the 2022 model year, the BRZ features more power, better handling, improved styling, a 50% increase in torsional stiffness and a modern interior.