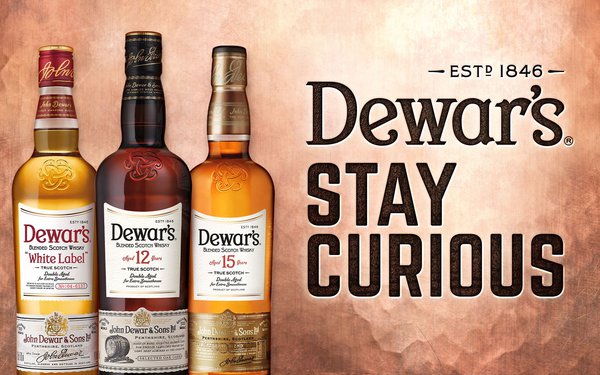 BBDO is revealing its first major ad campaign for Dewar’s which amplifies the whisky’s brand’s roots in sports.

The “Stay Curious” global platform flashes back to its long history of sponsoring sporting events, competitions, and teams dating back to the 1890s — including the oldest ongoing national soccer competition in the U.S. — to build a more emotional relationship between the brand and consumer.

One ad travels back to the 1920s with a Scottish DEWAR’S soccer scout surveying the field of an American football game. The scout then recognizes a benched player’s natural talent and offers him the opportunity to try out as a goalie for a Scottish soccer team. He is, naturally, also presented with a bottle of DEWAR’S 12 year whisky.

The ad follows the player as he traverses different cultures and different sports to become a star soccer goalie in Scotland.

This messaging represents an evolution for Dewar’s, which teamed last year with AMV BBDO for the Caribbean Smooth digital campaign. After building awareness for the overall brand identity in 2014-2017 with the Live True message, the company then introduced the “Double Aged for Extra Smoothness” campaign which helped to drive reasons to believe in the brand and reinforce the quality cues of its whisky variants.

“The brand’s keen interest and investment in bringing sports across continents was something we wanted to pay homage to in this exciting campaign as it represents the brand’s ‘wit and grit’ approach to innovation and experiential marketing,” states Brian Cox, vice president of Dewar’s for North America.

“Stay Curious” launched this week in the North American market with 30- and 15-second spots running on networks and cable programs throughout the TV season, supported by digital and print media and promotional efforts like gift packaging, sponsorships and experiential.