In A Tough Year, Heineken Says, Enjoy The Misery of The Holidays 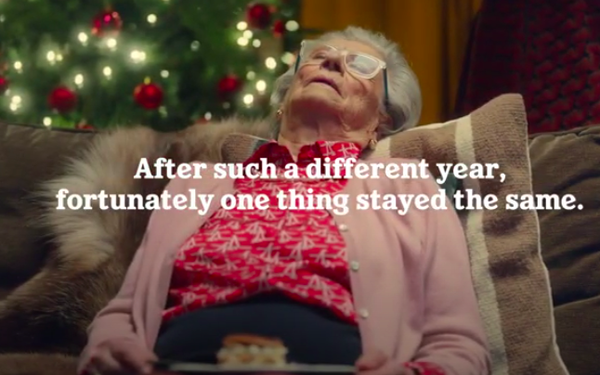 No doubt, for a lot of people -- even ordinarily happy people -- the holidays can be a grind. Andy Williams may have sung “It’s the Most Wonderful Time of the Year,” but it’s also the same old, same old, a time of metaphorical, hard-to-swallow fruitcake.

It’s bold of Heineken’s new holiday ad to come from that darker than usual place, a video montage of all those  irritating annual holiday “traditions” that the reality of COVID-19 may have let us gloss over. In this ad, the star atop the tree isn’t right, a couple hates the no-shoes-in-the-house rule, and a daughter chafes because her mom isn’t really letting her help decorate the cake. The special dinner is inedible and grandma is snoring on the couch.

These vignettes play out as a Frank Sinatra type crooner sings, ‘What a wonderful day...all my happy dreams are coming true dear/ and I’m smiling the whole day through…”

The 45-second spot, snidely titled “Holidays As Usual,” ends with a Big Band sendoff, as the screen message reads, “After such a different year, fortunately one thing stayed the same.” Now we see a few scenes of real smiles as friends and family toast each other with a Heineken.

The ad “aims to show that though these may be irritating in the moment, they may ultimately be cherished and appreciated -- now more than ever,”  according to Heineken. It will be shown on television in various lengths and on digital platforms.

“As many people have missed connecting with family and friends this year, with some only able to reunite virtually, we wanted to bring a fresh and playful perspective to what it means to spend the holidays together,” said Maud Meijboom, the brand development and communications director, who said she hopes, “people start feeling the holiday cheer and if they are able to, plan to reconnect in a socially responsible way.”

Heineken adheres to the more traditional Christmas vibe in another holiday marketing effort for its namesake beer, and a few others Heineken owns.

Working with Tastemade and Pinterest, Heineken presents "Six Holiday Hacks," in which beer caps become part of a little wreath, and so does the carton, and Dos Equis bottles become lighted ornaments. A Tecate aluminum can is cut and reshaped into ornamental star for the holiday tree.

The video is made in that quick-cut style that probably makes these projects look a little easier than they are in real life, especially if you don’t usually use tin cutters. And as a  general rule, glue guns and beer can be a dangerous combo.