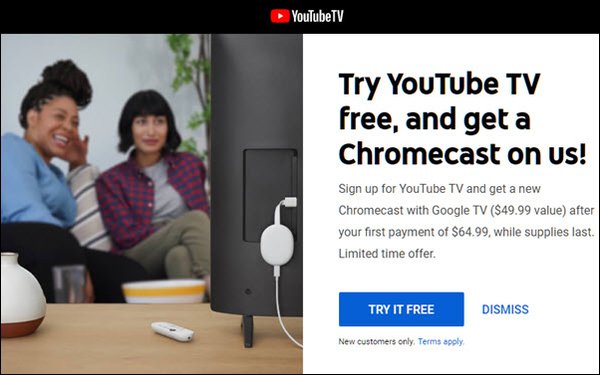 Disney’s Hulu is repeating what was apparently a successful pitch last year: a $1.99-per-month rate for its ad-supported service for a full year, representing a nearly 67% discount from the standard $5.99.

The deal, available from 12 a.m. on Thanksgiving through Nov. 30, is open only to new subscribers and those returning after a service lapse of at least three months.

Sling TV is offering those who sign up for its Orange or Blue package at the regular price of $30 per month a second month free, in addition to a three-day free trial.

In addition, those who prepay for two months of service get a free TiVo Stream 4K Android streaming dongle.