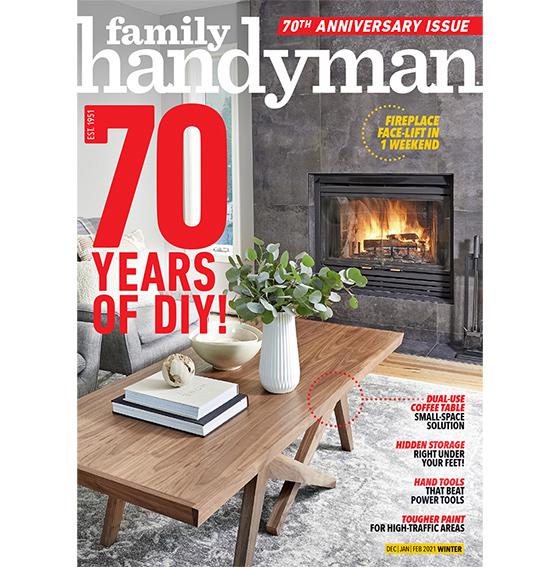 Family Handyman is celebrating its 70th anniversary in the Winter issue, which hit newsstands last week.

The homeowners-focused title from Trusted Media Brands has recently reached a younger and more diverse audience. Family Handyman experienced a 29% increase in the magazine's millennial readership in the past year.

Another piece looks back at Family Handyman’s most interesting vintage ads, tips, advice and projects from over the decades.

Another Trusted Media Brands title says this Thanksgiving was its best week ever. From November 22-29, Taste of Home's site visits were up 12% year over year.

The site had its best day ever on Thanksgiving eve, with nearly 3.5 million visits, up 9% YOY.

On Thanksgiving Day, Taste of Home experienced a 33% spike in traffic.

"Going into the holiday, we expected a banner week knowing that many people who normally enjoy their holiday meal at mom or grandma’s house would need to 'DIY it' this Thanksgiving,” said Taste of Home Chief Content Officer Jeanne Sidner.

Publishers Daily reported yesterday that Allrecipes also had a record week this Thanksgiving.

Separately, Vogue’s December issue featuring former One Direction singer Harry Styles is in such high demand  fans are now on wait lists at stores across the country, according to Page Six reporting.

A Condé Nast source told media outlets the company has sold 40,000 subscriptions since the cover with Styles in a gown went live over a week ago.

The publisher has ordered a second print run.