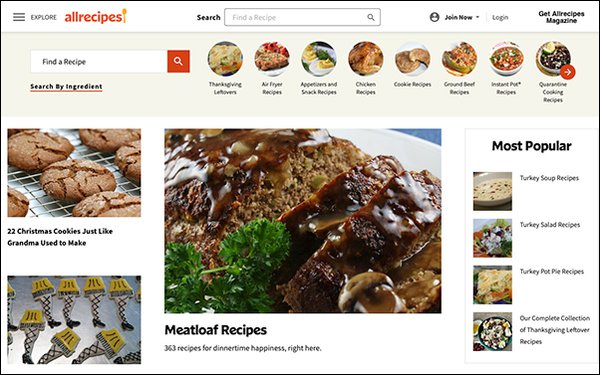 The Meredith Corp. brand began online but extended to a print magazine in 2013; it now claims a 1.4 million rate base.

"Even with the challenges caused by the pandemic, people were determined to celebrate this Thanksgiving holiday. They may have altered their plans and changed their traditions, but they made the most of it nonetheless," stated Catherine Levene, president of Meredith Digital.

Views of recipes for turkey breast were up 96% year-over-year, likely due to smaller Thanksgiving groups amid the pandemic.

“Although people tried new things and made adjustments to their meals, they also sought comforting dishes that were reminiscent of years’ past,” Levene added.

Views of recipes that included the word “basic” in their title were up 41% YOY — those with “beginner” were up 83% YOY.

Mulled-wine recipe views were up 10% YOY, so did other hot spiked drinks, a sign that more gatherings were being held outdoors.

Separately, Nina Elder, former executive food editor at Rachael Ray In Season, has moved to TheKitchn.com this month. She is now executive food director at the food-focused site.

Before she was at the Rachael Ray magazine, Elder worked at Bon Appétit and Better Homes & Gardens.

ApartmentTherapy.com and TheKitchn.com serve a total of over 74 million pageviews a month.