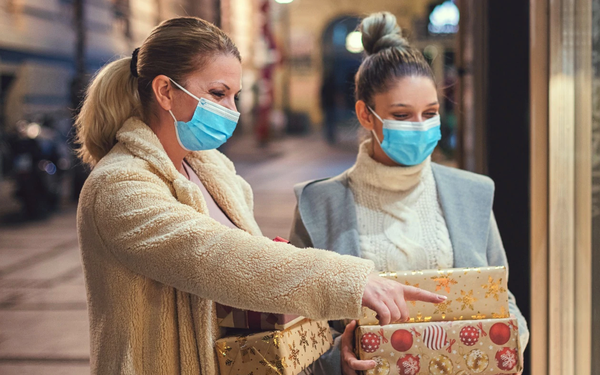 For the first time, more than 100 million people shopped online on Black Friday, says the Washington D.C.-based trade organization. On Saturday, that number increased even more, up 17% from last year. And in clear evidence COVID-19 concerns are keeping people home, the number of people who only shopped online soared 44%, to 95.7 million.

In-store visits plummeted 55% on Thanksgiving Day, as many more stores chose to remain closed this year. The number of people braving malls and department stores on Black Friday sank 37%, compared to 2019.

The NRF says much of the strength comes from people eager to get shopping done earlier this year.

Its survey, conducted for the NRF by Prosper Analytics and Insights, finds that 52% of respondents took advantage of early holiday sales and promotions. And 53% felt promotions were the same on Black Friday as they had been earlier in the season.

The pandemic seems to be intensifying shoppers’ holiday spirit, with 51% saying the crisis has made them more interested in holiday decorations and seasonal items, and 77% eager to support small businesses.